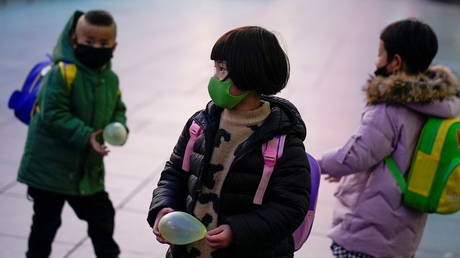 China has allowed families to have a third child, as the country faces an increasingly aging population. The longstanding one-child policy was abandoned in 2016.

“Policy that allows a couple to have three children will be introduced with supporting measures,” China’s Communist Party Politburo said in a statement, as cited by the South China Morning Post. “This will improve the population structure of China.”

The move is aimed at tackling the country’s demographic problem.

Xinhua news agency cited the Politburo as saying that the “decision to optimize birth policies will promote a long-term and balanced population development.” The governing body’s meeting on Monday was chaired by China’s leader, Xi Jinping.

China ended its decades-old one-child policy, which was designed to control population growth, in October 2015. Starting from 2016, couples were allowed to have two children.

Size matters in geopolitics, so the West is excited China’s population growth is ending. But here’s how Beijing will solve it

According to the World Health Organization, due to the longer life expectancy and declining birth rates, people over the age of 60 are projected to make up 28% of China’s population by 2040. This dynamic hinders the growth of the economy and poses a challenge to the public health system.

The country has also been plagued with a huge gender imbalance, with the number of men exceeding women by more than 30 million, according to China’s National Bureau of Statistics. Peng Xizhe, the director of the Fudan University Center for Population and Development Policy Studies, told the Global Times last year that it will take “about 50 to 60 years” to resolve the imbalance.

Last year’s once-in-a-decade census revealed that China’s population reached 1.41 billion. But the growth rate over the past 10 years was lower than between 2000 and 2010, and the lowest since the 1960s.

Battlegrounds Mobile India to launch in India soon; check the features and details on size of game