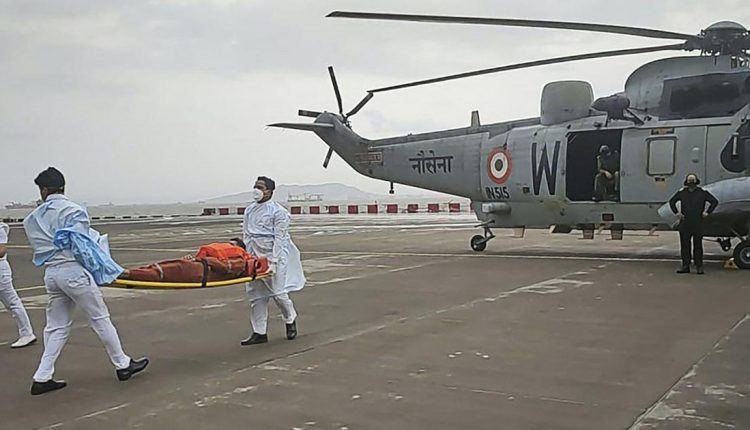 1.27 pm: Out of the 273 on board the barge P305 adrift off the west coast in Mumbai, 146 have been rescued as of Tuesday morning, reports The Indian Express.

1.17 pm: The India Meteorological Department has predicted “light to moderate rainfall at many places with heavy to very heavy falls at isolated places over the Gujarat region and Saurashtra on Tuesday”.

1.12 pm: In its Tuesday afternoon bulletin, the weather department has predicted that the cyclonic storm will now move north-northwestwards and weaken gradually into a “deep depression during the next six hours”.

12.40 pm: The Indian Navy confirms that the barge P305 has sunk. “146 personnel rescued so far from barge P305 which is sunk on site,” the Indian Navy spokesperson tweets. “Aerial search commenced at first light with Indian Navy P8I on task. Navy Helos standing by await improving of extreme weather conditions.”