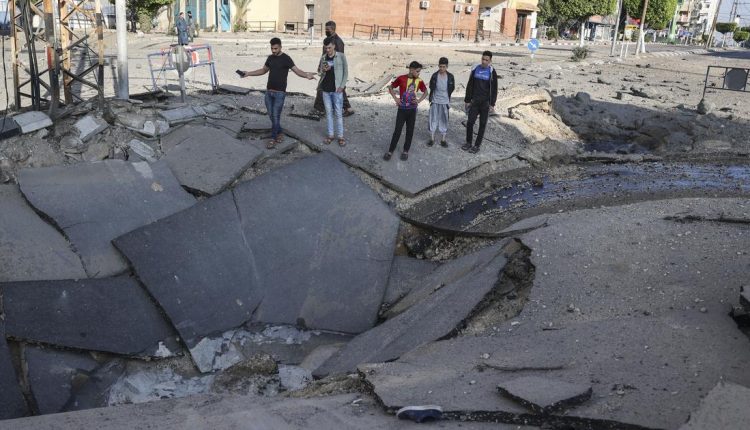 Gaza’s Ministry of Health said that 69 Palestinians, including 17 children and eight women, have died since the conflict between Israel and Palestine turned violent on Monday, reported Al Jazeera on Wednesday. Over 390 people sustained injuries.

Seven Israelis, including a child, also died in the violence, the country’s military said. Both sides have launched missiles at each other, resulting in deaths.

The bombardment by Israel continued on Thursday as Gaza observed Eid al-Fitr, which marks the end of Ramzan. In Gaza, two multi-storey buildings and a tower that houses media outlets collapsed after Israel conducted airstrikes after asking the occupants to evacuate the buildings, Reuters reported. Another structure was heavily damaged.

Many in Israel have moved into shelters amid a barrage of rockets hitting various cities. Five people were injured on Thursday after a rocket crashed into a building near Israel’s commercial capital of Tel Aviv, the police said.

Violence was also seen between Jewish mobs and the country’s Arab minority in cities of Israel. Members of the two communities clashed on the streets and synagogues were also attacked.

A military spokesperson of the country said that Israel has prepared combat troops along the Gaza border and was “preparing ground operations”. Similar movements along the border were seen during the Israel-Gaza wars in 2014…

‘Yesterday, Today, Tomorrow’ tour all about…

ED attaches assests worth Rs 3.88 crores of IRS office in…