They soon began to discover that the working conditions at the temple construction site in Robbinsville were anything but good with the men forced to work 12 grueling hours a day for a monthly payment of $450 a person, of which only $50 was paid here while the rest in rupees in India, it has been alleged. 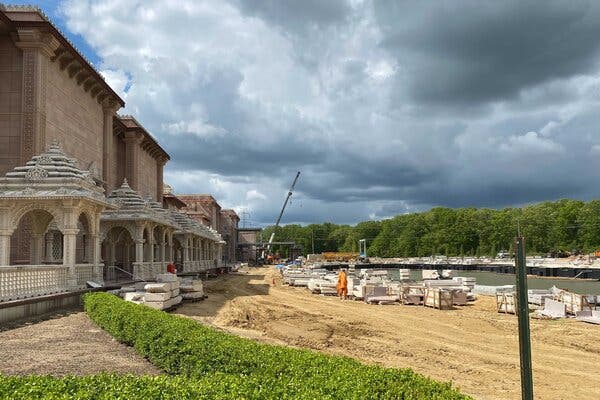 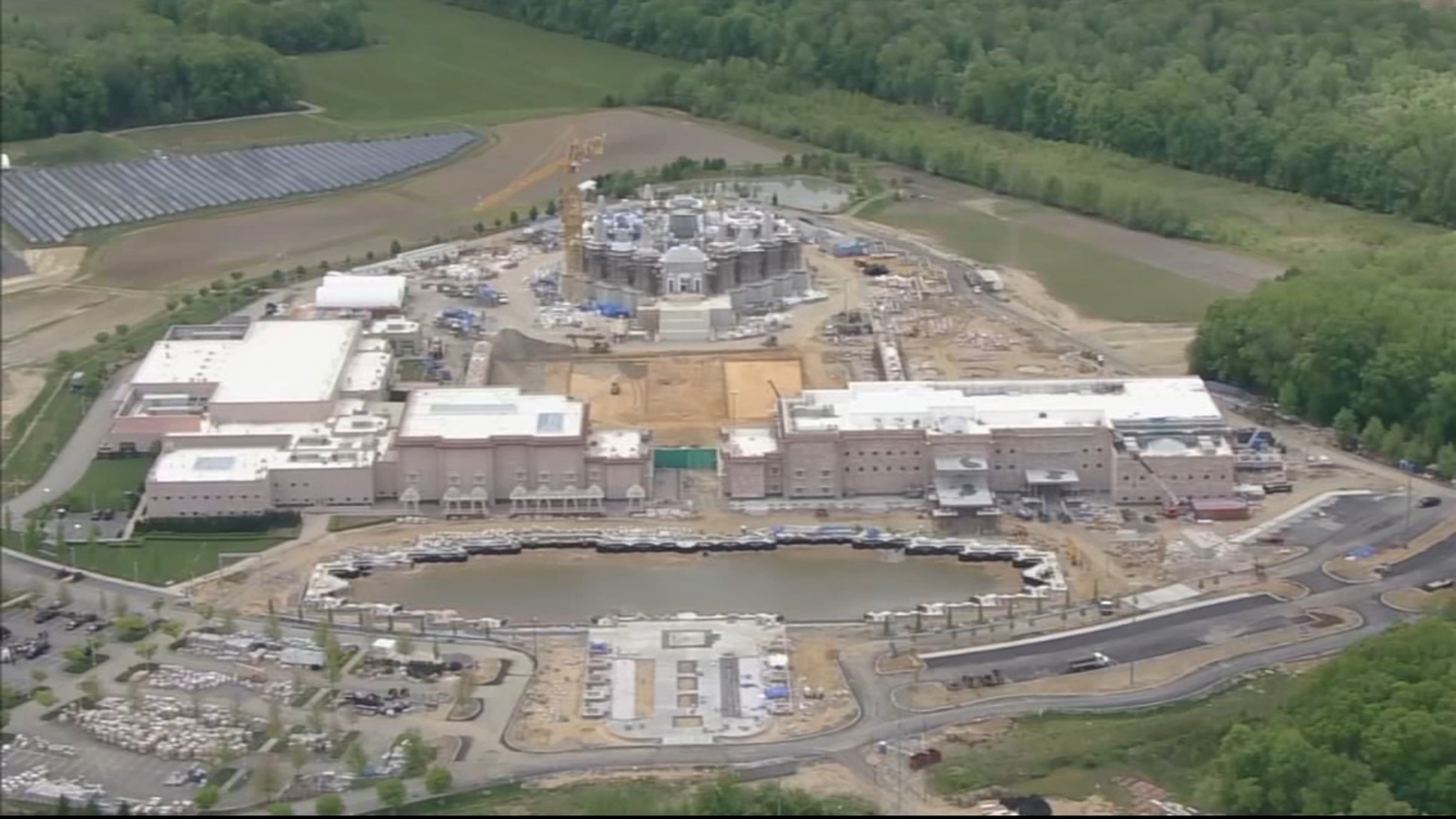 The largest Swaminarayan temple in the U.S., situated in Robbinsville near Princeton in New Jersey, is facing a serious class-action suit alleging cruel and coercive labor conditions imposed for less than starvation wages on workers brought from India.

The suit was filed by five men who had worked at the Bochasanwasi Shri Akshar Purushottam Swaminarayan Sanstha (BAPS) temple came after the Federal Bureau of Investigation (FBI) raided it on May 11 amid allegations of “forced labor”. The news story first reported by The New York Times said the men were forced to work for an equivalent of $1.20 an hour and made to lead a confined existence with next to no outside contact.

The court papers filed on behalf of the five men described them as Dalits from the Indian state of Rajasthan who say their so-called low social status in India made them vulnerable to exploitation by the temple authorities. The Times quoted Kanu Patel, the chief executive of BAPS, as saying, “I respectfully disagree with the wage claim.”

The FBI raid was prompted by suspicions of labor and immigration law violations. The men in question were reportedly brought from India on the religious visa known as R-1 with the promise of good working conditions in America. They soon began to discover that the working conditions at the temple construction site in Robbinsville were anything but good with the men forced to work 12 grueling hours a day for a monthly payment of $450 a person, of which only $50 was paid here while the rest in rupees in India, it has been alleged.

The suit also alleges that those who recruited and supervised the men “weaponized” the caste system. These workers also claimed they were made to work seven days a week with only occasional days off. The minimum wage in New Jersey was $10 in 2019 and $11 in 2020 compared to $1.20 that the men said they got paid. In a country where even $15 an hour is not considered a living wage, if these men were paid what they claim they were paid, it would not have afforded them even subsistence.

South Asia Monitor, a Delhi-based news website, quoted the court papers obtained by the IANS wire to say the workers were “instructed while applying for their visa to tell the US embassy staff that they were going to the US for “volunteer work at the temple” and “would be performing the work as a service to the deities” even though they assert that they were not members of BAPS.”

They asked the court that their case be treated as a class action suit, to automatically include about 200 workers who they alleged had worked there under similar conditions.

The men said their ordeal began as soon as they arrived at the JFK airport. Their passports were confiscated and they were instructed not to communicate with outsiders. They were housed in trailers on the compound where the construction was going on. Their morning duty call was at 6.30 a.m. and their work was intensely physical, including digging ditches and shoveling snow apart from operating heavy machinery.

“They had to manage stones that weighed several tons, they were exposed to and breathed dust from cut stones and chemical solutions used to soak the stones, and they were frequently exhausted by the long hours with almost no days off,” the lawsuit said.

The workers were frequently addressed as “worms” and told repeatedly that they were “serving God.”

Mukesh Kumar, a 37-year-old worker and one of the plaintiffs in the lawsuit, was quoted by the Times as saying the death of a fellow worker made him come forward with the complaint. “We said, ‘We don’t want to die like that,” he said.

The newspaper also quoted BAPS spokesperson Lenin Joshi as saying, “We are naturally shaken by this turn of events and are sure that once the full facts come out, we will be able to provide answers and show that these accusations and allegations are without merit.”

According to New Jersey 101.5 radio station, the state Labor Department had “issued a stop-work order on April 30 against Cunha’s Construction Inc. and owner Nuno Cunha based on repeated and ongoing violations of state wage and hour laws after visits to the BAPS temple in Robbinsville and Edison.”

However, the contractor is not named in the lawsuit.

The BAPS is a powerful religious and cultural force within the Indian state of Gujarat and through the Gujarati diaspora in many parts of the world, particularly in Britain and America. There are six major temples in North America, five in the U.S. and one in Canada. They include Atlanta, Chicago, Houston, Robbinsville, and Toronto. It also has centers in Edison and San Jose.

These temples have been closed because of the COVID pandemic restrictions but during normal times they are beehives of religious and cultural activities.

The BAPS describes itself as “a spiritual, volunteer-driven organization dedicated to improving society through individual growth by fostering the Hindu ideals of faith, unity, and selfless service.” It is also a politically well-connected institution with strong ties with Prime Minister Narendra Modi personally as well as his Bharatiya Janata Party. Its temples in London and Delhi routinely draw political movers and shakers, including prime ministers, ministers, and mayors.

Here in America, it was only just last week that Surgeon-General Vivek Murthy praised the BAPS at a White House briefing for its involvement in the COVID-19 vaccination effort. He said, “I want to highlight BAPS Charities, a Hindu-American organization that has turned their temples into vaccination centers. For elderly members of these temples, it’s been easier to get vaccinated at their own temple, surrounded by trusted friends and familiar settings, than it may have been for some of them to get vaccinated at an unfamiliar location.”

That comes in sharp contrast to the allegations in the lawsuit of the terrible ways in which the workers were treated in Robbinsville, including not being allowed to go outside the complex on their own and being surveilled with cameras and guards. They also alleged that a fine was deducted from their salary if they were found interacting with outsiders.

South Asia Monitor said one of the workers identified as “Mohan Lal died while he was subjected to forced labor at the temple” and that the officials mentioned in the case retaliated against the workers who demanded that the man’s final rites be conducted according to their tradition and that their working conditions be improved.”

The case papers allege that the “defendants intentionally recruited workers from the Scheduled Caste, also known as Dalit, and other marginalized communities in India” because of their vulnerability “did what they could to remind these marginalized workers of their place in the social hierarchy.”

During their US visa application process in India, they were allegedly instructed to tell the embassy staff that their job would be to do decorative painting or carving work known as nikashi on stones for the temple.

According to South Asia Monitor, since the nikashi work was done mostly in India, they alleged that they ended up “cutting stones, laying stones, removing garbage, road work, dipping stones in chemicals, and other tasks.”

Hi India reached out to Lenin Joshi, who handles the media for the organization, but did not hear from him at the time of going to press.

Didn’t want the situation to take over: Sneh Rana on match-saving partnership with…

Ex-army man held for buying liquor from defence canteens, selling them at huge…

India to launch five foreign satellites for a fee June 30