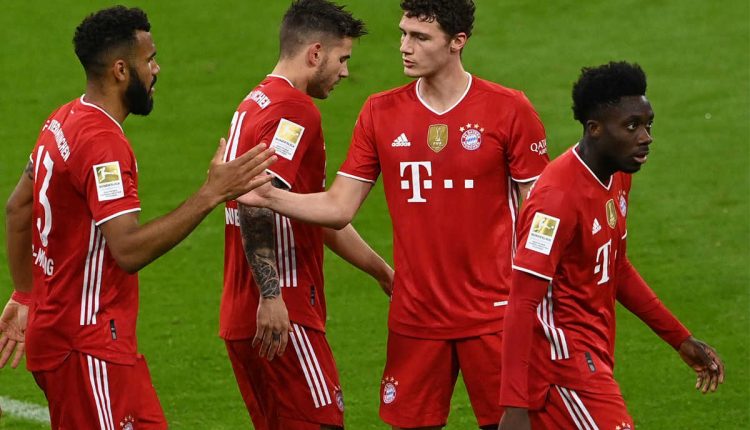 Bayern Munich secured a record-extending ninth consecutive Bundesliga title on Saturday without kicking a ball, after RB Leipzig’s 3-2 defeat at Borussia Dortmund kept the Bavarians seven points clear with two games left for their rivals. Dortmund’s Jadon Sancho scored twice, including an 87th- minute winner to beat Leipzig, who have yet to seal their Champions League spot for next season.

‘An absolute howler’: Dubravka scores ‘worst own goal ever’ in bizarre start to…

Welcome to the guns show: UFC champ Valentina Shevchenko celebrates her love of…

Top 10 Covid-19 updates: Delta variant could account for 90% of new cases by August,…

Adivi Sesh Sends Birthday Wish To Rahul Ravindran: “You Truly Have The Best Heart Of…

The Family Man 2: Lankan Tamil Diaspora Step Up To Protests Against The Makers Of The…

Marks out of 10: Player ratings for New Zealand after the World Test Championship…

Glacier melt in Himalayas to increase rapidly till 2050, then may decrease, says…

Friends: ‘Fake Joey’ Louis Mandylor Was About To Become ‘Real Joey’ Instead Of Matt…

Sunil Grover: “I Am Not At All Comfortable With Myself, So I Enjoy Entering Someone Else’s Mindset”

Italian PM Draghi pushes back at Vatican over opposition to anti-homophobia bill, says Italy is ‘a secular state’

China says border issue should not be linked to bilateral relations

India likely to have Covid vaccine for children by Sept-Oct: AIIMS Director

‘Gone Girl’ role would be every actress’…