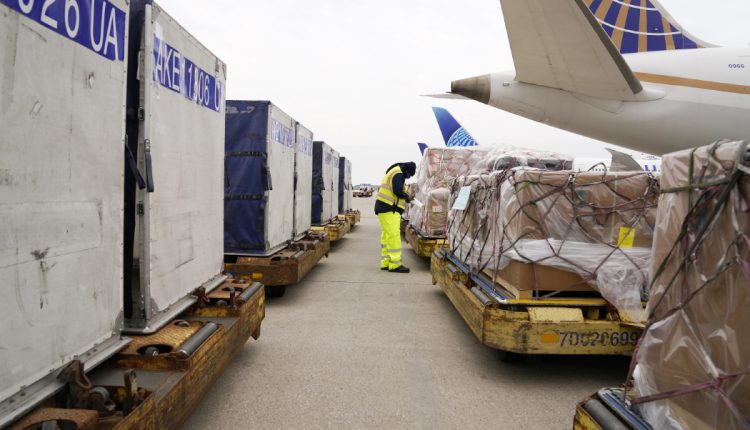 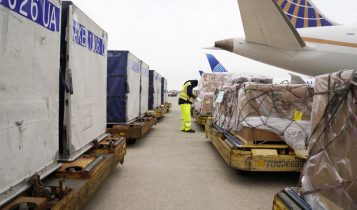 HI INDIA NEWS DESK
HOUSTON, TX- The Indo-American Chamber of Commerce of Greater Houston is proud to work with the US India Chamber of Commerce of Dallas Fort Worth thru the USICOC Foundation and have just shipped another 32 portable ventilators (for a total of over 50 ventilators shipped) to aid in India’s COVID19 pandemic relief efforts on Monday which reached India today. This second shipment of 32 ventilators are headed to government and NGO hospitals in 7 states across India as well as to the Indian Red Cross.

Jagdip Ahluwalia, Executive / Founding Director of the Indo American Chamber of Commerce of Greater Houston who is leading efforts on behalf of Houston community in coordination with the USICOC Foundation credited many community organizations and individual business owners for this efforts and thanked IACCGH member United Airlines for transporting the ventilators from the USA to Delhi and Mumbai as part of their larger giving campaign..

IACCGH member Abeezer Tyebji, a Houston-based technology entrepreneur and a representative of the Dawoodi Bohra Community said, “Islam teaches us to aid all humanity, and as such to help India in this time of need is both a matter of faith as it is one of kinship for the Dawoodi Bohras.”

Ahluwalia also acknowledged the contributions made by the logistics and cargo teams at Perimeter Global Logistics, United Airlines and Southwest Airlines who are helping to carry the cargo at no cost.

Neel Gonuguntla, President of the US India Chamber of Commerce in Dallas who is helping to lead the efforts said, “This collective community effort is the result of hundreds of helping hearts.”

The President of the IT Serve Alliance, partnered with the USICOC Foundation and donated over $100,000 to sending ventilators to India said, ” We want India to know that the ITSERVE Alliance community has your back to provide the help in any way we can. ” – Raghu Chittimala, President, IT Serve Alliance

The US India Chamber of Commerce DFW and the Indo-American Chamber of Commerce of Greater Houston, which normally facilitate trade between the two countries, came together to unite the entire Texas Indian-American diaspora in this important effort through the USICOC Foundation. The first shipment of 20 ventilators were shipped out last week and reached the Indian Red Cross last Friday, April 30, 2021 in addition to the 32 that reached India today. The USICOC Foundation expects to send a third shipment of another 25 ventilators in the next few days in addition to several hundred oxygen concentrators.

Friends: ‘Fake Joey’ Louis Mandylor Was About To Become ‘Real Joey’ Instead Of Matt…

Sunil Grover: “I Am Not At All Comfortable With Myself, So I Enjoy Entering Someone…

Italian PM Draghi pushes back at Vatican over opposition to anti-homophobia bill,…

China says border issue should not be linked to bilateral relations

India likely to have Covid vaccine for children by Sept-Oct: AIIMS Director

Julianne Hough’s ex Brooks Laich ‘did not want a…