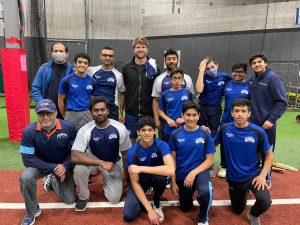 CHICAGO, IL- As the spring season approaches in Chicago, the weather will certainly become more conducive to playing cricket. In a city where there are only a few months when outdoor cricket can be played, it would be no surprise for the youth to flex their muscles at the game.

While we are in the middle of a pandemic, there has been a gradual return of sports in general and cricket is no exception. For a young child to pick up the bat or a ball, proper coaching is paramount to learn the basics of the sport.

Chicago Youth Cricket Academy (CYCA) has organized its boot camp with New Zealand cricket star Corey Anderson. After announcing his retirement from New Zealand cricket last year, the 30-year-old southpaw will continue to play after he signed a three-year contract with Major League Cricket in the United States. He has taken up coaching ventures at the cricket academies that come under the auspices of Major League Cricket. It was a good fortune for the Chicago youth to interact and learn from him at this coaching camp organized by CYCA. 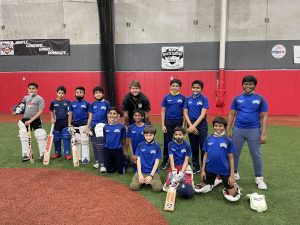 The highly-anticipated Major League Cricket, a Twenty20 extravaganza in the United States, is in the planning process, with the Knight Riders franchise already planting their feet in California.

Speaking exclusively to hiINDiA, Corey said, “The USA does not have a proper cricketing system at this time. It is like I am part of a startup company and looking for a pathway for cricket. I enjoy being part of the whole process. The USA is a massive country and it is very hard to get everyone involved as a collective measure. These types of camps for different age groups will give an idea of how to run things in the future. To discover a talent that has just been undiscovered for all this time.”

Displaying genuine excitement about the coaching opportunity, Corey clearly displayed some visionary thoughts that would make USA cricket more successful and provide entertainment to the South-Asian diaspora. Asked about his transition from playing for New Zealand and now migrating to the United States, Corey mentioned, “Last one year has been challenging due to Covid. I made a family decision to move to Dallas, Texas. This opportunity to be involved with cricket in the USA is quite exciting for me.”

When asked about the general advice he would give parents and children, Corey mentioned, “Let them have fun and let them enjoy.”
Enjoying a sport and being able to coach is certainly a challenge that Corey is ready for. During his stint with the children of all ages at the week-long camp, I noticed a deep sense of involvement and interest. Children were participating in different drills to hone their skills. Corey was thankful for the opportunities that he experienced while playing for New Zealand. He is now entering a new phase of his family life with his fiance in Texas. It is quite clear that Corey can impart a wealth of knowledge to aspiring kids and groom them to become better cricketers. 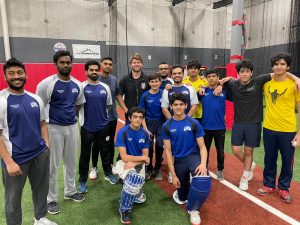 Speaking to hiINDiA, one of the principals of CYCA, Mehul Shani, expressed his enthusiasm for the project. Mehul’s vision is to prepare an academy for youth that would prepare them as a potential career option. Through his academy, he hopes to provide an opportunity for the youth to pursue the sport in a properly structured format. Starting off with 15 kids, his organization has now grown to nearly 75 kids. While the SARS-CoV-19 pandemic has been a big impediment for their growth, his unflinching attitude in pursuing his project became even more apparent as he is currently pursuing to provide a world-class facility with equipment and also in pursuit of South African cricket coaches to train the youth at his academy. Mehul is also in the process of planning a turf pitch that would allow the youth to be exposed to a proper cricket environment as they continue to engage themselves with the art of cricket. CYCA has acquired a 50,000 square feet facility and this is going to be divided between cricket, baseball, and fitness training facility.