Mr. Nimish Jani, Candidate for a third term as a Trustee, Township of Schaumburg

About the Republican Party candidate, his agenda,  vision and views:

Views:
As Nimish Jani completes his second four-year-term as a Trustee, Township of Schaumburg, Illinois, and prepares for the next rounds of ballots scheduled for April 6, he says he is “not taking anything for granted.”
With the election day fast approaching, Mr. Jani, a trustee since 2013, is focused on a specific agenda in aid of the residents of this thriving township.
“For me the upcoming elections are like a wholly new challenge. One has to work as if one is doing it for the first time. I owe it to the residents of this vibrant, multicultural township,” Mr. Jani says.
Mr. Jani, is the Republican State Central Committeemen for 8th Congressional District, has a proven track record of community service during his last 8 year which he plans to build upon for the next four years should he have the privilege to be elected again.  A strong proponent of grassroots level involvement by the Indian American and all other ethnic communities, he believes America’s democracy offers everybody a fair chance, from the village-township level right up to the U.S. Congress and Senate.
A resident of Schaumburg Township for the past 32 years, Mr. Jani is intimately familiar with local issues and what it might take to address them.
With a population of about 140,000, residents of Indian origin constitute about 18 percent of the population or about 25,000 who represent all the well-known high performance demographic indicators in terms of education, median income and overall professional and entrepreneurial success. Of this population only about 4200 have registered to vote.
One of Mr. Jani’s passionate advocacies has been to encourage Indian Americans and other South Asian Americans in Schaumburg to get involved in local government, institutions and boards. “It is my cherished goal to see that each of the township’s agencies has at least one member of our Indian American and South Asian American community working. It is pity that as a community, we fall woefully short when it comes to getting involved in the affairs of the township,” Mr. Jani says.
As a small business owner himself, he says he understands the community’s preoccupations with their own financial, entrepreneurial and professional lives, “but at the same time we owe to this township that we find at least half an hour a day or even a week to make our voices heard on a variety of issues.”
“What many of us do not realize is that we will be in America for generations to come and it is essential that we make our mark in the running of the affairs at local, state and federal levels. While we do see Indian Americans becoming more active at the state and federal levels, we shy away from getting involved at local levels where it really matters,” Mr. Jani says.
He specifically points out that while members of the U.S. Congress and Senate are important, “for our daily lives and the overall standards of living, it is at the level of the township and village that we need to pay much more attention.”
One of his favorite examples is to bring to the notice of his constituents that the annual property tax that the residents pay includes over a dozen other levies that people do not even realize are included as well.  Those levies pay for services that frequently go unused. More often than not, since the Indian American community stays away from local involvement, their cultural needs in terms of local services remain unaddressed.
“We just do not speak effectively. For instance, why is it that services are not offered in Hindi as they are in Chinese and Korean? That is because we do not represent our case at all. I am working on ways to change all that,” he says.
Many of the nearby townships such as Hoffman Estate, Hanover Park and Elk Grove have on an average 20 percent Indian/South Asian American population and yet there are hardly any employees in township agencies belonging to those communities.
“The importance of having representations on all township boards and bodies as well as employees lies in being able to help craft policies that help our community. Without that level of involvement and commitment our case will go by default,” Mr. Jani says.
He cites specific examples such as how in the event of inaccuracies in the school curriculum about subjects related to India and South Asia can creep in and remain uncorrected if there is no one forcefully representing the community’s demographic interests. “Remember, all policies are made according to the demographics,” he says.
Quite apart from safeguarding the community’s interests, Mr. Jani says there is a bigger point to be made in support of an increased involvement. “America is our home and we owe to this country that we make our contributions in keeping democracy at the grassroots level both vibrant and accountable,” he says.
Mr. Jani’s core appeal to the Indian American community particularly is quite simple.

“There are many myths about what registering to vote might lead to. One of the myths I encounter is that people believe that registering to vote would mean having to perform jury duty. Jury duty falls under the purview of the Department of Motor Vehicles (DMV) and not by merely registering to vote. In any case jury duty an important civic function that all citizens must respect,” he says.
In his experience, Indian Americans often do not vote in local elections under the misguided notion that it would make no difference. “Some of them think that it would make no difference if a few individuals did not vote. If all individuals think that way, how would democracy function? I appeal to all residents to register to vote and vote,” Mr. Jani says.
Other than the signature promise of a balance budget, lower taxes and efficient services, Mr. Jani says he wants focus on community-specific services of particular interest to the Indian Americans. Language barrier often makes availing townships services difficult for a large number of elderly Indian Americans who may not speak English. He wants to address that. “Apart from the property tax, there are so many other levies that make up the annual bill. We do not seem to be using services paid for by those levies. I want the community to be more aware of those,” he says.
A health issue unique to the South Asian community is one of a high incidence of heart diseases. It is a well-known fact in the world of medicine that there is a certain genetic predisposition among South Asians towards heart ailments. Mr. Jani says a South Asian Cardiovascular Center would go a long way in addressing that serious health challenge.
Mr. Jani has extensive experience in community service both within the local Republican Party as well as the Indian American social, cultural and religious organizations. He prides himself in being available to his constituents irrespective of the time.

Voting
The in-person voting is scheduled for April 6 but early voting has already commenced as of March 22 through April 5 at the Trickster Art Gallery, 190 S. Roselle Road in Schaumburg or the Hoffman Estate Village Hall, 1900 Hassell Road in Hoffman Estate on Monday through Saturday between 9 a.m. to 5 p.m. 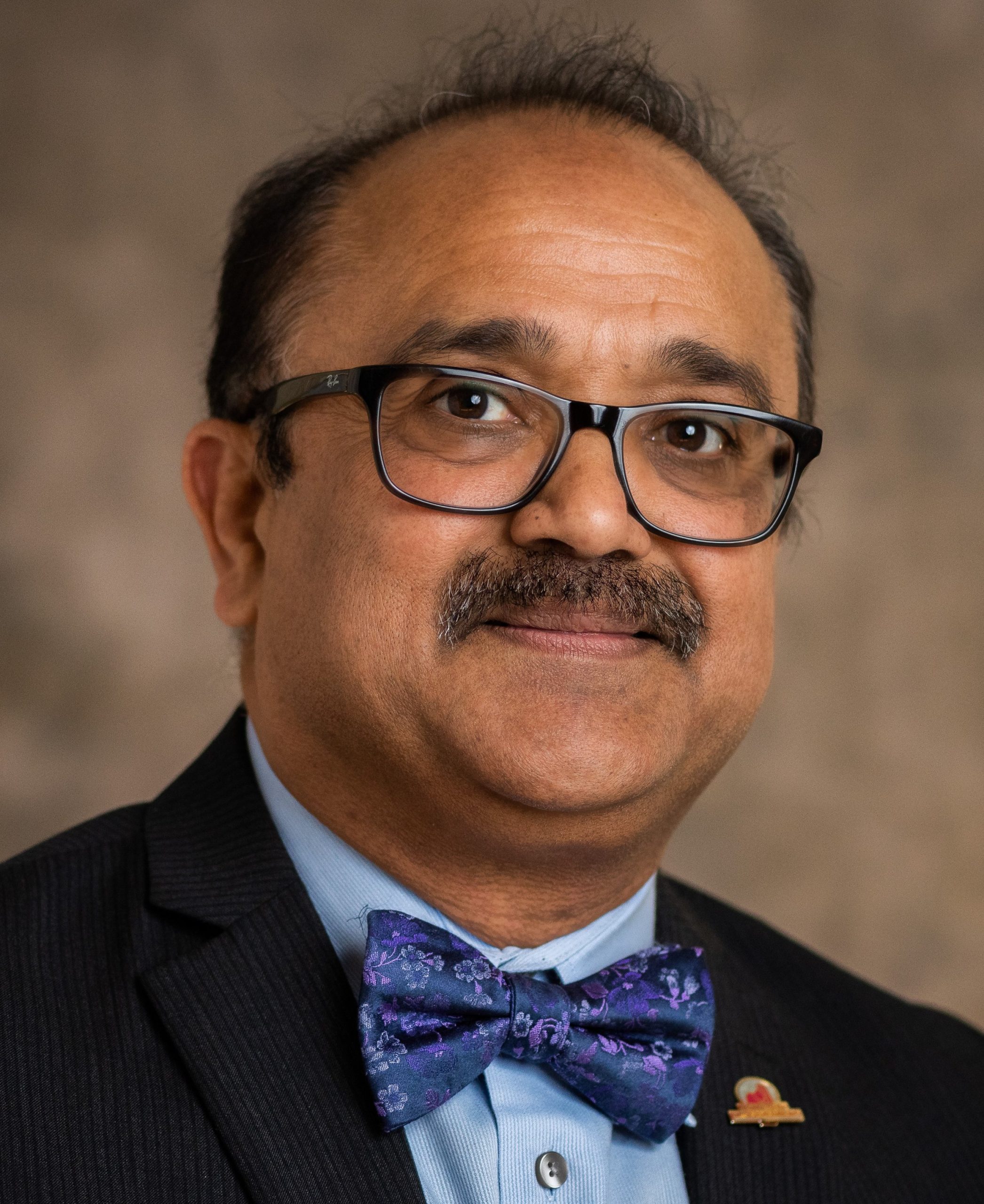 Mr. Nimish Jani, Candidate for a third term as a Trustee, Township of Schaumburg

Kohli’s approach compliments how I like to go about things: Jamieson

Formula One: Spanish GP will go ahead without spectators

My phone is being tapped, will order CID probe: Mamata

Covid-19: Plea in SC against invitation advertisement to ‘Kumbh Mela’

When Samantha aced her Fashion Game in Sarees

Boney reveals Sridevi was a fan of Vivekh

Railways to fine Rs 500 for not wearing face masks in rail premises, trains

COVID has hit with fury; despite a year to prepare, we were caught off guard again: Sonia Gandhi

Apple Music pays an average of $0.01 per stream to its artists

Devdutt Padikkal has few things to iron out but he is a great talent: Brian Lara