Hadden introduced her proposal in July, at a time when resolutions similar to this one were being passed in other U.S. cities, such as San Francisco, Seattle, Albany, New York, and St. Paul, Minnesota. 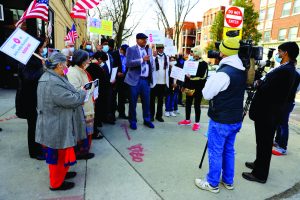 CHICAGO: After bumping heads and crossing swords for months, the Chicago City Council, seen as one of the most powerful city councils in the United States after New York, has finally given a thumbs-down to a resolution that raised a hue and cry over India’s anti-Muslim Citizenship (Amendment) Act (CAA) as well as the pitiable human rights situation in that country. 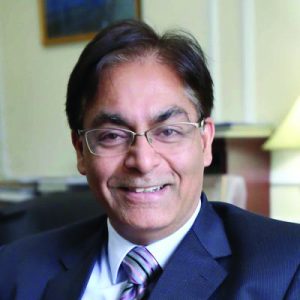 Tabled in the City of Chicago in July last year by Alderwoman Maria Hadden of the 49th Ward, the resolution was rejected on Wednesday by a 26-18 vote, thanks to intense lobbying by the Indian diaspora and India’s Consul General in the Windy City, Amit Kumar.

The resolution failed to gather majority support with 26 members voting against it, 18 voting in favor and six abstaining, prompting Chicago Mayor Lori Lightfoot to say later that “Many members of the council felt uncomfortable (in voting in favour of the resolution) because we don’t know the ins and out of what’s going on thereon the ground in India.”

Hadden said her resolution was based on the feedback from her South Asian constituents, adding that the resolution aimed at holding a fellow democracy accountable.

“That’s really the spirit of why we should be connecting on similar issues in our sister countries,” she said.

Her proposal had stirred up a hornet’s nest in the city’s South Asian community after she introduced it in the City Council last summer.

During the long-winding debate just for a symbolic measure, some aldermen said they had received thousands of messages from both sides in recent months, most urging them to vote against it.

But Hadden said it was meant to deplore violence against certain castes and religious minorities in India.

However, opponents say the proposal needlessly sowed division within Chicago’s Indian American community with some council members even suggesting that Chicago aldermen should not get involved in far-flung internal political situations.

“If we take this on, why not take on the Chinese ethnic cleansing debate?” said Southwest Side Ald. George Cardenas. “Why not deal with the Israeli-Palestinian conflict?

“We are a global city, I consider us a global city. But we have many pressing issues here at home that need our attention,” he said.

Hadden’s proposal failed by a 26-18 vote in a rare instance of a tight roll-call for a non-binding resolution.

Indian residents and business groups are important constituencies in and around Hadden’s Far North Side ward, which borders the bustling West Ridge shopping district that boasts countless South Asian restaurants, clothing shops, and jewelry as well as grocery stores.

Hadden’s resolution is one of several similar ceremonial introductions by council members each year, the vast majority of which get the nod with hardly any controversy. This one clearly struck a nerve, however, prompting proponents and opponents to line up for months to weigh in during public testimony at City Council meetings.

Some Chicago area Indian Americans who have been calling into meetings said they were worried about terrorism in Jammu and Kashmir, and some were concerned about “Hindu-phobia” in Chicago. Some said they were sore over the crackdown on farmers’ protests in India, and journalists being collared and thrashed in India.

Indian residents and business groups are important constituencies in and around Hadden’s Far North Side ward, which borders the bustling West Ridge shopping district that boasts an impressive concentration of South Asian restaurants, clothing shops, and jewelry and grocery stores.

Supporters of the resolution, meanwhile, wanted the City Council to approve it as a symbol of solidarity “with Chicago’s South Asian community regardless of religion and caste.” The resolution also called on “the congressional delegation and new federal administration to support legislation and other action promoting secularism and tolerance in India.”

As cities around the US, including Riverdale in Illinois, started to pass resolutions in early 2020 condemning state violence in India, 49th Ward resident Pushkar Sharma and others vowed to push for the same in Chicago.

“Democracy, equality and human rights should not be partisan issues,” said Sharma, a steering committee member of Chicago Coalition for Human Rights in India.

Hadden introduced her proposal in July, at a time when resolutions similar to this one were being passed in other US cities, such as San Francisco, Seattle, Albany, New York, and St. Paul, Minnesota.

Hadden attributed much of the delay to the office of the Consul General of India in Chicago, which opposed the resolution, and with Mayor Lightfoot’s office also becoming involved, the administration negotiated the resolution down to less than half its original length.

However, Hadden’s resolution came unstuck despite having been scaled back to remove specific language that sought to compare Modi to former President Donald Trump. The resolution also no longer made mention of mob lynchings of Muslims, or quotes by a high-ranking official comparing undocumented people in India to termites.

Hadden’s resolution also expressed disappointment at the Indian government’s restrictions on Jammu and Kashmir as well as its passing of the CAA, which added a religion-focused provision to citizenship rules.

Some 30 people gathered in front of Hadden’s office in Rogers Park on Monday morning to protest the resolution. Flyers referring to Hadden as “Maria Hateman” criticized her for sowing division among Indians in Chicago, and speakers appealed to her to create a resolution against “terrorist countries” instead.

According to the CAA, members of non-Muslim communities who have come to India from Pakistan, Bangladesh and Afghanistan till December 31, 2014, and facing religious persecution there will not be treated as illegal immigrants, and be given Indian citizenship.

“We Indians here, Hindus, Muslims, Sikh, Christian, we are all united here,” said Sohan Joshi, a protest organizer. “Our children are living in harmony here. Why does (Hadden) have to bring a resolution that says we are not united?”

Amitabh Mittal, general secretary of the World Hindu Council of America, who opposed the resolution, said before the vote, “This has nothing to do with America, but it creates a very derogatory image for future Indian generations.”

Lightfoot told reporters after the resolution was rejected on Wednesday that it was for the federal Biden administration to make comments or pass a judgement on such issues and not for the local city governments.

“What you saw was reluctance on the part of the city council to weigh in on an issue so far away that many did not feel that they had enough information,” she said in response to a question, adding that there are so many pressing issues in the city of Chicago. 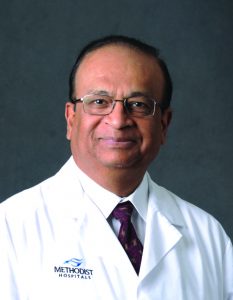 Dr. Barai, who along with several Indian-Americans had organised a campaign against the anti-CAA resolution, alleged that the Council on American Islamic Relations was behind the efforts to pass the resolution that was sponsored by Ald. Hadden.

Indeed, ahead of the resolution, the Indian Consulate in Chicago is also believed to have reached out to the Mayor and all 50 Aldermen of the Chicago City Council.

During the outreach by the consulate and the Indian-American community, most Aldermen had no background knowledge on any issues mentioned in the resolution.

“We consistently reached out to all the 50 aldermen. We expressed our views against the decisive agenda of the resolution,” said community leader Amitabh Mittal.

There was a wide acknowledgement that this was not a matter for the city council to get involved in. During the vote on the resolution, several aldermen of the council also voiced opposition to such measures.

Alderman Raymond A Lopez described the resolution as divisive. “I am not in support of this item. This is a very divisive issue.” My office was reached by thousands of people communicating with us overwhelmingly in opposition to this resolution. The Consul General of India has reached out to me. That is how much it impacts the broader community and broader discussion. I ask my colleagues to vote ‘No’ in this item,” Lopez said.

Alderman Jason Ervin said, “As a city, we must focus our energies on challenges and problems that we have here… Majority of constituents (Indian community in Ward 28) are not in support of this resolution. I think we have more than enough work in the city of Chicago – to talk about oppression, to talk about racism, to talk about other issues that impact the members of the community.” “People have the right to propose any type of resolution, they wish, but unfortunately we cannot support (it),” Ervin said.

According to the CAA, members of non-Muslim communities who have come to India from Pakistan, Bangladesh and Afghanistan till December 31, 2014, and facing religious persecution there will not be treated as illegal immigrants, and be given Indian citizenship.

Protests in Indian cities and universities erupted in early 2020 because of CAA, which provides a path to citizenship for migrants coming from Pakistan, Afghanistan and Bangladesh — if they’re not Muslim or Jewish.

Besides the CAA, India’s ruling party has also implemented the National Register of Citizens (NRC) in Assam, India, which shares a border with Bangladesh. The NRC is a register of legal citizens; in September 2019, almost 2 million Assam residents found out they were not on the list because they didn’t have papers proving they’d arrived before Bangladesh became independent in 1971.

Citizenship is not the only issue creating tension in India, nor in Chicago’s Indian American communities. Supporters of the resolution say they are concerned about what they see as the deterioration of India’s democracy: the revocation of Article 370 in the Indian constitution that ensured autonomy to Jammu and Kashmir; the crackdown on media freedoms and arrests of journalists around the country; and the more recent agricultural deregulation, which resulted in protests so large that the new laws had to be put on hold.

Chicago’s council from time to time has voiced its opinion on national and international issues. It’s also not the first time a South Asian political controversy has played out through 49th Ward politics.

In 2014, Moore backed honorary street signs for former Bangladeshi President Ziaur Rahman at the behest of a group of ward residents, including one who had contributed $1,000 to his campaign.

India has a double mutant Covid variant. Should we worry?

Where the coronavirus data stands in the U.S. and world: Vaccinations, cases and deaths

‘Hard to pick a fitness icon’