The King of All Music Show has Arrived

NEW YORK, NY- The KING of all music shows has arrived! The Indian Pro Music League (IPML) is the world’s first-ever music league. Get ready to witness a music spectacle, like never before! A competition with six teams, each representing a different part of India. Top musicians of the country will captain and lead famous reality music stars and upcoming singers like you. For the first time in history, the heroes of the music world will not only represent themselves and their teams but will also fight for their region’s pride. The team’s strategy and talent will decide the winners of this Ultimate Music Takkar! 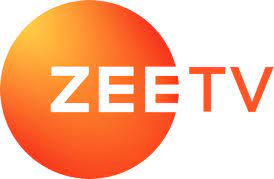 As India gets ready to welcome its first-ever music league that will have musical teams pitted against each other in a sports championship league format with Zee TV’s Indian Pro Music League this month, all the stars associated with the show came together to shoot for the grand premiere of the revolutionary reality music show. For the uninitiated, the Indian Pro Music League will see six teams, GUJARAT ROCKERS, UP DABBANGS, BENGAL TIGERS, PUNJAB LIONS, DELHI JAMMERS AND MUMBAI WARRIORS, supported by Bollywood biggies – Shraddha Kapoor, Govinda, Rajkummar Rao, Riteish Deshmukh & Genelia, Bobby Deol, and cricketer Suresh Raina battle it out for the mega trophy. The teams that represent different regions of India have star singers like Asees Kaur, Mika, Akriti Kakar, Shaan, Neha Bhasin, Sajid Wajid, Shilpa Rao, Kailash Kher, Bhoomi Trivedi, Javed Ali, Payal Dev, and Ankit Tiwari as team captains. One rising reality star and a new voice will complete the team of four singers that will compete against the rest. In addition to the already star-studded list of ambassadors and team members, India’s Biggest Superstar – Salman Khan is the IPML Brand Ambassador.

Hosts for the mega reality show will be none other than seasoned anchors like Karan Wahi and Waluscha De Sousa. Indian Pro Music League is touted to be one-of-its-kind in the world and promises to be a mega entertainer with power-packed performances. With this never before seen format, Zee TV aims at infusing the energy of sports into the world of music reality television. Mr. Sameer Targe, Business Head for Zee North Americas said, “Indian Pro Music League is a unique concept and we are quite excited to bring our viewers a star-studded show with all these phenomenal singers and big Bollywood celebrities on board.” Several sponsors have partnered up with Zee TV to make Indian Pro Music League a success. The title sponsor is Prem Jyotish. Powered by sponsor is Xoom: Money Transfer, while Co-Powered by sponsor is National Realty. Other valuable sponsors are Deep Foods and Dabur Vatika Shampoo and Bolly 92.3 FM as official radio partner.
To witness the grand premiere of Indian Pro Music League, tune in to Zee TV on 27th February at 7 PM ET | 8:30 PM PT.

‘Madrassa students can pick from gamut of subjects’

Man injures 8 with ax in Sweden before being shot, arrested

CEC warns of strict action over lapses by poll observers

Jacqueline-Nushrratt to star in ‘Ram Setu’

Here’s who recommended Vijay for ‘Darlings’

Rohan’s dad on his son’s marriage with Shraddha