“Minnesota and India: Trade opportunities in 2021” 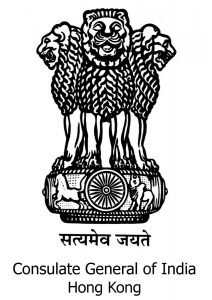 CHICAGO, IL – Consul General Amit Kumar addressed the participants of the event focusing on “India and Minnesota: Trade and Business Opportunities” co-organized by the Minnesota Trade Office in collaboration with the US Department of Commerce and the Consulate General of India in Chicago.

Consul General provided a brief overview of India-US relations and outlined the priorities for India-US relations. He spoke about trade, investment, economic and commercial linkages, briefed about the measures taken by the government to manage the Covid-19 situation as well as further structural reforms in India. CG Kumar also provided an overview of the Indian federal budget including new avenues for investment particularly in the insurance sector, focus on increasing capital expenditure and on infrastructure creation. He also touched upon the production link incentives in 13 sectors of economy totaling around US$ 27 billion. He identified a number of sectors such as electric vehicles, renewable energy, electronics, medical devices and healthcare cooperation, food processing, clean water technologies etc. where companies from Minnesota enjoy particular strength.

He also underlined that India is poised for economic growth underpinned through deeper structural reforms, simplifying business environment, reducing regulations, infrastructure creation, etc. He pointed out that India has jumped up 79 places from 142 rank to 63 rank over the past five years in the World Bank’s Ease of Doing Business rankings and underlined that the government is committed to further improving it.  He pointed out that IMF has projected a growth of over 11% for the Indian economy this year and this will create new opportunities for US companies including from Minnesota.

Several Minnesota companies such as 3M, Target, Best Buy, Cargill, Medtronic, General Mills, UnitedHealth Group etc. are already present in India. CG expressed confidence that more companies will follow suit in the months ahead and that the Consulate would extend necessary facilitation in this process and will work closely with partners like Minnesota Trade Office, Department of Commerce and other stakeholders.

Minnesota is an important partner for India. Total bilateral trade in between India and Minnesota in 2020 was approximately 755 million.

We can be very confident if the pink ball moves: Mark Wood

Researchers of Stanford University: : Covid Virus May Cause Body to Attack Itself

From suicide attempts to gold : Inspiring story of para-archer Rakesh

Much to Pakistan’s dismay and India’s delight, Saudi Arabia maintains…

Do you know WhatsApp has some lesser known features? Check these

Asia Cup to be postponed if India reach final of WTC: PCB

We have defeated a much more powerful enemy than Narendra Modi: Rahul Gandhi

‘You were on vacation then’: Amit Shah slams Rahul Gandhi for fisheries ministry remark

Congress collapsing across India due to dynasty politics: Amit Shah

What is Spaces feature? Twitter starts testing it on Android after iOS

McIlroy, Thomas to dress in red and black in honour of Woods

Hemang Dave and his stylish avatars

Hrithik on why he won’t get married again

Passport office to come up in Punjab’s Nawanshahr town