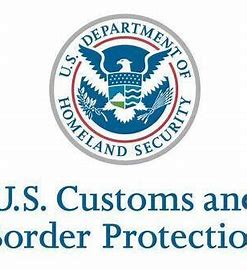 Originally published Nov. 19, 2020, the NPRM provides the public an opportunity to provide the U.S. Government comments about the proposed amendments for non-U.S. citizens traveling to and from the United States. The comment period originally closed on Dec. 21, 2020. Based upon the comments received, CBP decided to re-open the comment period Feb. 10 – March 12, 2021.

“As a testament to CBP’s steadfast commitment to privacy principles and transparency, CBP reopened the comment period to the biometric entry and exit proposed rule for an additional 30 days,” said William A. Ferrara, Executive Assistant Commissioner of Field Operations, U.S. Customs and Border Protection. “We welcome the public’s input to the rule as we work to further secure and enhance a touchless, seamless travel experience through facial biometrics.”

The proposed changes, entitled “Collection of Biometric Data from Aliens Upon Entry to and Departure from the United States,” would amend the DHS entry/exit regulations requiring foreign travelers to take photographs upon entry to and/or departure from the United States. The rule also proposes to amend the DHS entry/exit regulations to eliminate references to pilot programs and the port limitation to permit the collection of photographs or other biometrics from non-U.S. travelers departing from airports, land ports, seaports, or any other authorized point of departure. Under current regulations, CBP may only conduct pilot programs to collect biometrics at exit at a limited number of air and sea ports and may only collect biometrics from a limited population.

CBP has a clear authority and a responsibility to confirm the identity of all international travelers and verify that they are the authorized bearers of their travel documents, to include U.S. passports. CBP’s use of biometric facial comparison technology would occur only at specific times and locations where travelers are already required to present proof of identity. This enhanced process would simply automate the document checks that take place today and would further secure, streamline, and align with government and industry efforts to expand touchless travel of the future.

Foreign national travelers would be required to take photographs when entering or exiting the United States while the process is voluntary for U.S. citizens. For those U.S. citizens who do not wish to participate in the facial biometric process, they simply notify a CBP officer or airline representative, request a manual document check, and are processed consistent with existing requirements for entry to and exit from the United States.

As authorized in several statutes and regulations, CBP is congressionally mandated to implement a biometric entry/exit system that matches records, including biographic data and biometrics of non-U.S. citizens entering and departing the United States. These statutes include the 1996 Illegal Immigration Reform and Immigrant Responsibility Act; the 2002 Enhanced Border Security and Visa Entry Reform Act;the Intelligence Reform and Terrorism Prevention Act of 2004; the Implementing Recommendations of the 9/11 Commission Act of 2007, and the Consolidated Appropriations Act of 2016.

Years of testing have demonstrated that biometric facial comparison technology is the most secure, efficient and cost-effective way to fulfill the Congressional mandate to implement a biometric entry/exit system while protecting the privacy of all travelers. To date, more than 62 million travelers have participated in the biometric facial comparison process at air, land and sea ports of entry. CBP uses a high-quality facial comparison algorithm that shows virtually no measurable differential performance in results based on demographic factors. Since September 2018, CBP has leveraged facial biometrics to prevent more than 400 imposters from illegally entering the United States by using genuine travel documents that were issued to other people.

Mira shares a cute pic with Shahid for B’Day

Bharat Bandh tomorrow: What will be affected, what not

Watch | When Mamata Banerjee tried her hands at driving e-scooter

Daywatch: Illinois expands vaccine access but Chicago will not, lakefront on…

Bengal has to choose between development and cut money culture: Nadda

Modi targets Rahul over his ‘north-south’ remarks, lashes out at Congress…

Actresses who played sex-workers on screen

‘Mumbai’s Arthur Jail fit for him’: Nirav Modi to be extradited to India to stand trial in PNB Scam

Activists ‘disappointed and not surprised’ after $181.7M of Cook County’s coronavirus relief funding spent on…

What is Voluntary User Verification Mechanism? Here’s all about the govt provision on regulating social media…

Jasleen:Rahman inspired me to become a singer