Is MUDA a new hope for Malaysian politics?

Author: Piya Raj Sukhani, NTU Malaysia’s new youth-led political party the Malaysian United Democratic Alliance (MUDA) is the most recent addition to a trend that sees millennial-inspired political movements emerging in Southeast Asia. These include the Indonesian Solidarity Party and the banned Future Forward Party in Thailand.     Malaysia’s political landscape has been dominated
The post Is MUDA a new hope for Malaysian politics? first appeared on East Asia Forum.

Malaysia’s new youth-led political party the Malaysian United Democratic Alliance (MUDA) is the most recent addition to a trend that sees millennial-inspired political movements emerging in Southeast Asia. These include the Indonesian Solidarity Party and the banned Future Forward Party in Thailand. 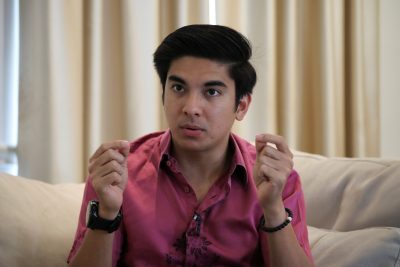 Malaysia’s political landscape has been dominated by the same personalities for decades. MUDA, which means ‘young’ in Malay, fashions itself as ‘a disruptor of the status quo’. Its emergence represents a critique of existing political parties — their culture of clientelism and political elitism and their role in Malaysia’s current sustained political stalemate.

While MUDA may not be a formidable player in the next general election, it could gain traction as a movement that galvanises the Malaysian youth into a potent political force.

Certain parties in the opposition like People’s Justice Party (PKR) and the Democratic Action Party (DAP) indeed have a larger pool of popular young politicians compared to parties in the Perikatan Nasional (PN) ruling coalition. Nonetheless, almost all the leading figures in Malaysian politics are veterans.

MUDA promises that the voices of its young members will not be pigeonholed as they are in traditional political parties, where youth wings are subordinate to existing power structures. Owing to deeply-rooted hierarchies in those established parties, decision-making remains the privilege of older party ‘warlords’. Younger members are frequently hampered from rising through the ranks.

By eschewing gate-keeping practices, MUDA aims to ensure that Malaysian youth voices are duly represented — especially if such voices exist outside political dynasties.

MUDA’s strength lies in cyberspace. The founder of the party, former youth and sports minister Syed Saddiq, is a social media star. Within a month of applying for official registration, MUDA received over 30,000 member applications through its robust engagement with social media users.

As minister, Saddiq spearheaded efforts to secure bipartisan support for the landmark ‘UNDI18’ constitutional amendment that was passed last year. This amendment lowered the voting age from 21 to 18 and instituted automatic voter registration. As a result, 7.8 million new voters will be added to the electoral rolls in 2021. Almost half of them will be 18 to 21 years old. MUDA intends to cultivate this young demographic as its support base.

The party is also targeting a significant share of the unregistered electorate. Roughly 3.8 million Malaysians were eligible to vote in the 2018 general election but had not registered. More than two-thirds of them were in their 20s.

While Saddiq’s virtual popularity, a promising base and media attention are beneficial for MUDA, they are insufficient to ensure electoral success. MUDA still lacks the financial resources and a strong grassroots presence to support its candidates against incumbents from well-established parties like the Pan-Malaysian Islamic Party (PAS) or the resource-rich United Malays National Organisation (UMNO).

The significance of majoritarianism in Malay Muslim-majority Malaysia cannot be over-emphasised. Since MUDA is branding itself as a multi-racial party, it will have to deal with immense pressure from right-wing groups that advocate Malay-Muslim supremacy.

Saddiq has reiterated that his party is set on appealing to ‘middle Malaysia’ with its promise of meritocratic, racially inclusive and policy-driven governance. But this ‘middle’ ground is only populated by a small fraction of the electorate because the Malaysian political firmament is highly polarised. If MUDA chooses to be untethered to both sides, it will need to de-construct and re-construct loyalties, which will be an arduous task in a short period of time.

The criticism received by MUDA’s recent #PauseMalaysia campaign was a reflection of this problem. The campaign called for a political ceasefire and opposed a snap election while Malaysia wrestled with the COVID-19 pandemic. Given that the campaign was announced soon after opposition leader Anwar Ibrahim claimed that he had the requisite numbers to form a new government, several people perceived MUDA as reinforcing existing power structures and implicitly supporting the current PN administration.

While #PauseMalaysia may have been a case of poor messaging by a politically inexperienced MUDA, overall the party has captured the sentiment of fatigue and cynicism among voters. But it has failed to provide a clear articulation of how the political deadlock ought to be resolved. MUDA is also yet to provide clarity on its policies, or its stand on contentious issues such as Malay dominance and vernacular education.

But the Malaysian youth voter bloc is not monolithic. Courting the entirety of the youth demographic will be challenging for MUDA as the party is inadvertently projecting itself as urban-centric. MUDA may indeed resonate with young progressive urbanites who were initially invigorated by Pakatan Harapan’s (PH) reform agenda when it was in opposition but became disenchanted by PH’s infighting once it took office. MUDA’s strategy to reach out beyond an urban supporter base currently remains unclear.

The timing of a snap election and the areas MUDA will contest will affect its electability. MUDA will eventually have to partner with a coalition to survive. It is likely that they have not announced their affiliations yet due to the current instability within both the government and the opposition.

Given MUDA’s political agenda, the party seems to be logically placed in the opposition column. But if MUDA opts to not align with them and sides with the government or other ‘third force’ parties instead, it could end up cannibalising the opposition’s voter base.

MUDA may be disadvantaged in winning seats under Malaysia’s first-past-the-post electoral system. But its entrance into the political fray will likely compel traditional parties to improve youth representation beyond tokenism and better their responses to youth concerns like unemployment, low wages, education and the rising cost of living.

The post Is MUDA a new hope for Malaysian politics? first appeared on East Asia Forum.

Exceptional individuals who brought qualitative changes in others’ lives: PM on…