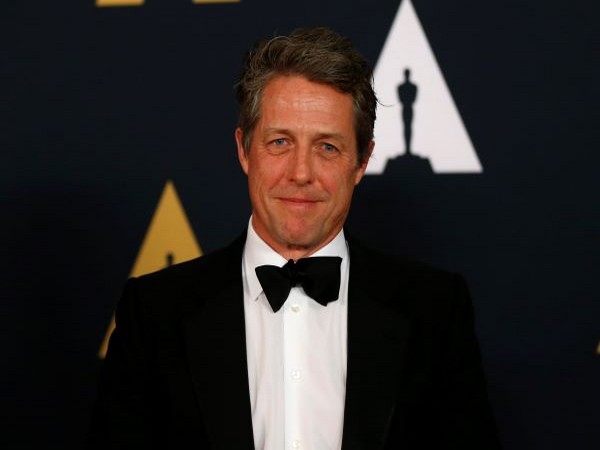 Washington [US], November 12 (ANI): English actor and film producer Hugh Grant recently opened up about his battle with COVID-19 during his appearance at ‘The Late Show with Stephen Colbert.’
According to Fox News, during his interview, the 60-year-old star revealed he battled the novel coronavirus back in February. His wife Anna Aberstein also received a positive diagnosis.
The ‘Undoing’ star told the late-night host that he came down with the usual symptoms that are now commonly associated with the coronavirus such as tightness in his chest and the loss of smell.
He provided rather graphic descriptions of the symptoms as well as some humorous anecdotes about how he reacted to the diagnosis.
The British actor told the show host Colbert as reported by People Magazine, “It started as just a very strange syndrome where I kept breaking into a terrible sweat.”
He said he also had “like a poncho of sweat.”
“Then my eyeballs felt about three sizes too big and this…a feeling as though an enormous man was sitting on my chest, Harvey Weinstein or someone,” Grant continued.
He confirmed he also lost his sense of smell, noting that he at first started “to panic.”
“I started sniffing flowers, nothing. And you get more and more desperate. I started sniffing in garbage cans. You know, you want to sniff strangers’ armpits because you just can’t smell anything,” he added.
The actor said he even went home and sprayed his wife’s Chanel No. 5 perfume “directly” into his face.
Months have passed and the actor said a test he took last month showed he now has antibodies.
As reported by Fox News, the ‘Paddington’ star is currently quarantining at home in London with Eberstein and his three kids. He shares two daughters with Eberstein and a son with his ex Tinglan Hong.
According to Fox News, the United Kingdom is in its second coronavirus lockdown of the year since the global health crisis first surged in March. The restrictions are due to an increase in the number of positive cases. (ANI)

Entry of returnees from outside Arunachal to be suspended…

Notification for 12th assembly in Jammu and Kashmir issued

Iraqi PM vows to free ‘every inch’ of land from…