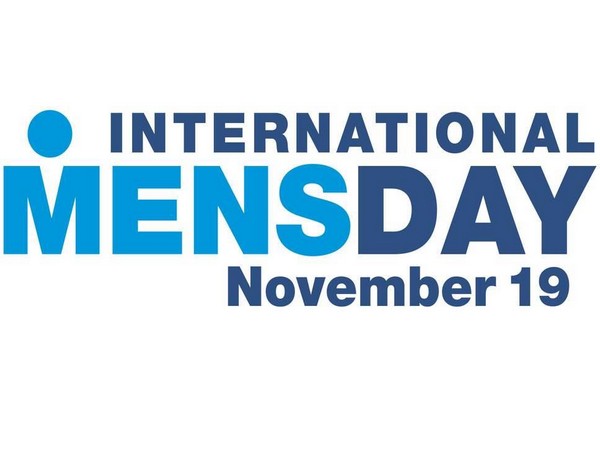 New Delhi [India], November 12 (ANI/SRV Media): Menhelpline.org, is a group to promote men’s issue in India and take part in the noble initiative which is highly ignored by the society.
In order to ensure the true implementation of Article 14 which says “everyone equal before law” and to protect the rights of the men in our society, the Men Helpline portal was created. To promote the positive role model and raise awareness about issues faced by men in society, this International Men’s Day, Men Helpline urges everyone to pay attention and help men who face serious issues like domestic violence, false accusations. International Men’s Day is observed on 19th November, every year for improving gender relations and promoting gender equality,
Dr Jerome Teelucksingh who first started observing International Men’s Day in the year 1999, announced that, this year, the theme for International Men’s day is ‘Healthy Minds and Bodies’.
“I am delighted that every year many men’s groups and men in India celebrate International Men’s Day on 19 November. During the past 20 years, men’s organisations, the military, anti-war groups, peace organizations, women’s groups, gender departments at universities, politicians and individuals from all walks of life have celebrated International Men’s Day,” said Dr Jerome Teelucksingh, Founder, International Men’s Day.
He further added “Some of you may ask- why is there a need for International Men’s Day? I felt there was a need for such a day because too many of our men face problems and also many good men remain invisible. I selected 19 November simply because it is the birthday of my dad who is a positive male role model in my life and others in Trinidad and Tobago. We all need positive role models. In India, men have been role models for their families, workplaces and communities. Indian men are role models for Indian boys. The psyche and personality of Indian boys must be protected. They are the next generation of men. On 19 November let us remember men in India who have been the breadwinners for families, ensuring peace, stability and democracy prevail in these troubling times.
“As an initiative, to encourage commendable initiatives and promote positive role model in the society, last year, Purushartha Mahotsav event was conducted at INDIAN SOCIETY FOR INTERNATIONAL LAW to encourage more young men. Sixteen people were awarded for their good work and selfless contribution to the society,” said Kumar. S. Ratan who is a Men and Child Right activist and is the founding member of Men Helpline.
“Men are the victim of domestic violence more than women, men who commit suicide, reason being family issues are almost double than women, there is no awareness about prostate cancer affecting men, no helpline for men or family who get trapped in a false case by a woman complainant, so in such situation there is a need to talk about ‘positive male role model’ as D. Jerome has mentioned” Kumar further added.
The theme for International Men’s Day 2020 is ‘Healthy Minds and Bodies’ which includes emotional, physical and spiritual health. It’s a relevant theme as many countries, including India battle the deadly pandemic.
The focus of International Men’s Day, celebrated on 19 November, is not restricted to men who are successful but we must raise voice for men who are victims of unjust laws, victims of custody battles and also victims of domestic violence.
The observance of International Men’s Day in India is a part of a global nonviolent revolution. International Men’s Day is annually observed by persons who support the ongoing effort to improve lives, heal scarred lives, seek solutions to social problems, heal the seemingly irreparable troubled minds, help the dysfunctional, promote positive role models in society and develop wholesome individuals.
Such developments are badly needed in today’s wounded communities which reflect distorted and outdated beliefs and constant clashes among men and women that unravel the fabric of the family and the society.
This story is provided by SRV Media. ANI will not be responsible in any way for the content of this article. (ANI/ SRV Media)

5 dead in fire at Serum Institute’s under construction unit in Pune,…

Covid-19 vaccination drive: PM Modi to interact with beneficiaries and vaccinators in Varanasi

Youth ‘frustrated’ due to unemployment in…