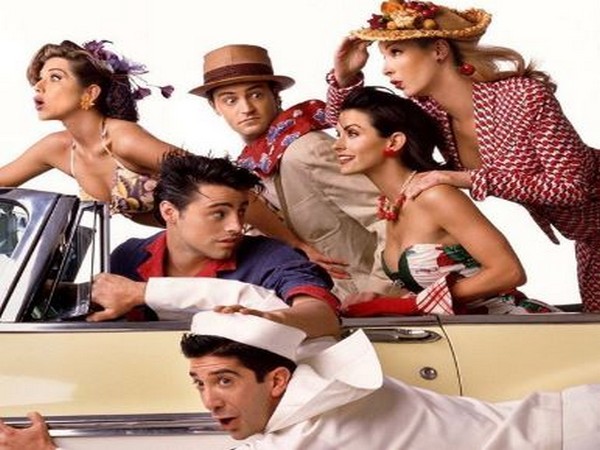 Washington [US], November 13 (ANI): American actor Matthew Perry announced on Thursday (local time) via Twitter that the highly-anticipated ‘Friends’ reunion special will be debuting in March 2021 on HBO Max.
According to Fox News, castmates Jennifer Aniston, David Schwimmer, Matt LeBlanc, Courteney Cox, and Lisa Kudrow have yet to comment on the news.
“Friends reunion being rescheduled for the beginning of March. Looks like we have a busy year coming up. And that’s the way I like it!” he wrote.
Fox News can confirm that a ‘Friends’ taping is being targeted for the first part of 2021.
In August, the reunion was pushed back because of the coronavirus pandemic after it was originally supposed to be taped in April and air in May.
Previously, Marta Kauffman, the show’s co-creator, told Entertainment Tonight that she wanted to wait to tape the special because she wanted a live audience to be able to attend.
She said in August, “We all want it to happen. We just have to wait until it is safe. This is a show that is not scripted, but this is the way the show works — we are going to need a live audience. Even if we socially distance that live audience, it really is a huge part of what ‘Friends’ is… We cannot do it without them,” “Everyone is all in and we are just waiting for that time when it feels connected to bring in a live audience.”
The special was announced back in February with all the cast set to executive produce.
A press release obtained by Fox News at the time read, “Series stars Jennifer Aniston, Courteney Cox, Lisa Kudrow, Matt LeBlanc, Matthew Perry and David Schwimmer will return to the iconic comedy’s original soundstage, Stage 24, on the Warner Bros. Studio lot in Burbank for a celebration of the beloved show. The unscripted cast reunion special, along with all 236 episodes of the Emmy-winning series, will be available to subscribers at the launch of HBO Max.”
‘Friends’ ran for 10 seasons from 1994 to 2004 on NBC. (ANI)

India can still salvage the series Down Under