Avanti Fellows Receives a Total Funding of USD 4.5 M From its Supporters to Realize its Vision of Creating a Self- resilient Education Ecosystem for Bharat 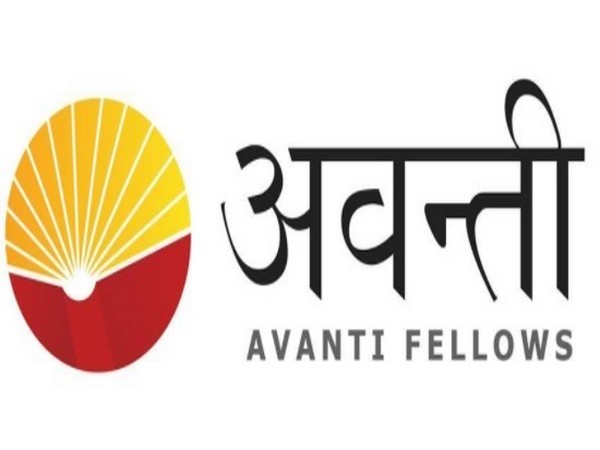 New Delhi [India], November 12 (ANI/NewsVoir): Avanti Fellows, the social education enterprise running India’s largest interventions integrating technology to improve Math and Science achievement in secondary schools, has received a total grant of USD 4.5 million for its projects from leading organizations such as USAID, J. P. Morgan and Michael and Susan Dell Foundation (MSDF).
The grants are a testament of Avanti Fellows’ pedagogical interventions in bringing equitable access to premier institutions for students of low-income families.
MSDF is supporting Project Sankalp, a system transformation of 160 plus schools through the integration of Blended Learning in Haryana to improve the quality of STEM education in government secondary schools. USAID has awarded funding to evaluate Project Sankalp for over 45,000 students and 900 teachers.
Avanti’s Project Sankalp has been running over the past 2 years. The project covers 160 intervention schools, where teachers are being provided with technology and content to teach Mathematics and Science in Grade 9-12. In addition to the product, Avanti monitors progress in every single school closely, through a team of program managers and through the assistance of government officials. The project is being evaluated by JPAL (Founded by Abhijit Banerjee, winner of the 2019 Nobel Prize in Economics).
USAID announced 16 new awards through its Development Innovation Ventures (DIV) to test and scale breakthrough solutions to the world’s most intractable development challenges. The successful organizations, many of which are new to working with USAID, span six sectors and nine countries and Avanti Fellows is the one of the two organizations in India to have received support for its unique pedagogical approach.
J.P. Morgan is backing a 3-year intervention to train 1740 low-income high-school students across 31 Jawahar Navodaya Vidyalaya (JNV) schools in Karnataka. Avanti’s JNV Program, supported by J.P. Morgan focusses on embarking students on career paths by preparing for India’s highly competitive college entrance examinations IIT-JEE (Indian Institute of Technology – Joint Entrance Exam) and NEET (National Eligibility cum Entrance Test).
The program will train 78 government school teachers to run a fifteen-hour-a-week after-school program for the students on the school premises. It also provides a high-touch mentorship and career services program focused on career guidance and securing internships and jobs during and after the Avanti intervention.
Over the last decade, Avanti has evolved to become one of India’s largest and most effective science and math education organizations for engineering and medical test preparation, spanning over 16 states and 4 union territories.
Avanti currently reaches over 1,500 students every year in classroom programs and over 10,000 through its free online courses. Avanti’s blended learning approach provides an easy-to-scale product, simple to implement intervention, even in low-resource environments.
Avanti has been running India’s largest digital intervention for low income secondary school students. Avanti’s digital platforms reach out to over 20 lakh monthly active learners. These platforms include the Avanti Sankalp YouTube Channel, the Avanti Sankalp App and classrooms powered by Avanti’s blended learning solutions. Avanti has the largest library of Hindi language content in Math and Science in India.
In addition to video content, Avanti also has a standards-aligned library of assessment items and workbooks. This content is freely available to all students in India. In contrast to most ed-tech platforms, Avanti’s online education is free, high quality and accessible to all. Avanti, TicTac Learn, and BodhaGuru the top three free non-profit Hindi language YouTube channels reaching 10M plus monthly views over the last six months.
Collaboration is a key part of Avanti’s theory of change. In addition to working through long-term MoUs with government systems (Jawahar Navodaya Vidyalaya Samiti, Government of Haryana). Avanti’s partners of change, such as MSDF, USAID, J.P. Morgan and Tata Motors Limited continue to support Avanti’s goal to ensure that at least 10 lakh students from government schools gain admission to top Engineering, Medical and Science colleges each year.
Avanti Fellows is an award winning non-profit organization established by two IIT alumni – Akshay Saxena and Krishna Ramkumar in 2010 with the support of the Pan-IIT alumni organization. Both Akshay and Krishna came from successful corporate careers; Krishna a former gold-medalist at IIT Bombay and Akshay out of the MBA program at Harvard Business School.
The goal was straight-forward – to give every student the opportunity to study at India’s best colleges. It was established with the aim to provide affordable, high-quality education to disadvantaged students aspiring to study at India’s top universities.
At Avanti, a unique pedagogy is implemented called Peer Instruction®, an interactive teaching method developed by Eric Mazur (inaugural recipient of the Minerva Prize for Advancements in Higher Education) aimed at engaging students in the classroom and beyond. This pedagogy reduces teacher dependence and enables collaborative learning amongst students. Over the past 10 years, we have shown that our students outperform the most expensive after-school programs in the country at less than one-fourth the cost.
Today, Avanti supports over 1 million students across 21 states and 5 union territories.
This story is provided by NewsVoir. ANI will not be responsible in any way for the content of this article. (ANI/NewsVoir)

SII to send 3m Covid shots to Saudi in a week: Poonawalla

Drive picks up pace, 19.5 lakh vaccinated in the last 10 days

To expedite projects, sr rail officials to be asked to mentor them

‘History is going to be made’: Caravan of tractors line up on Delhi’s borders

Not right time to decide on Rajoana mercy pleas: Govt