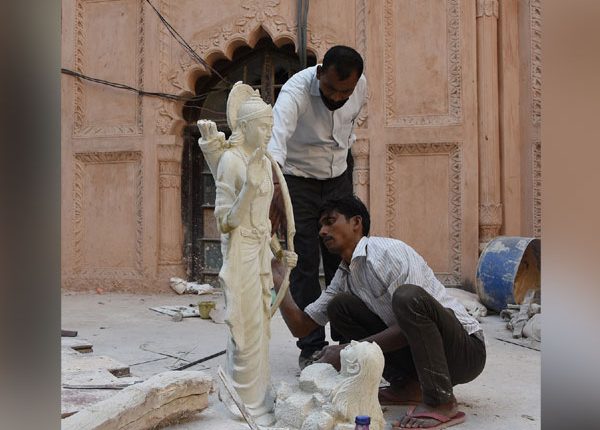 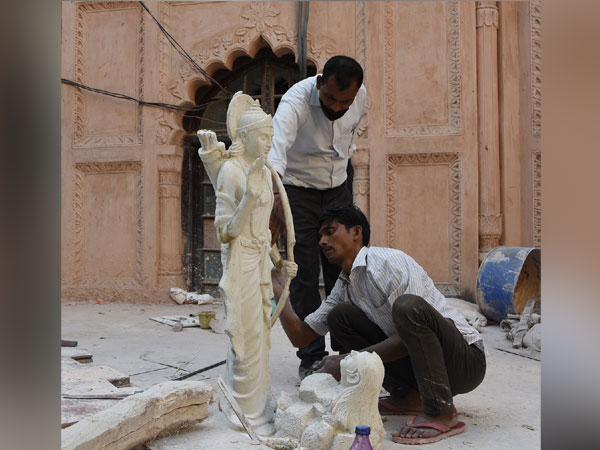 Lucknow (Uttar Pradesh), November 12 (ANI): The Lalit Kala Akademi will exhibit 25 Lord Ram statues on the theme Jan Jan Ke Ram (or Lord Ram for every person) in Ayodhya on Friday ahead of the festival of lights.
The unique idols of Lord Shree Ram, built at Laxmanpur in Ayodhya, the city of Lord Ram, will fascinate Ram devotees. 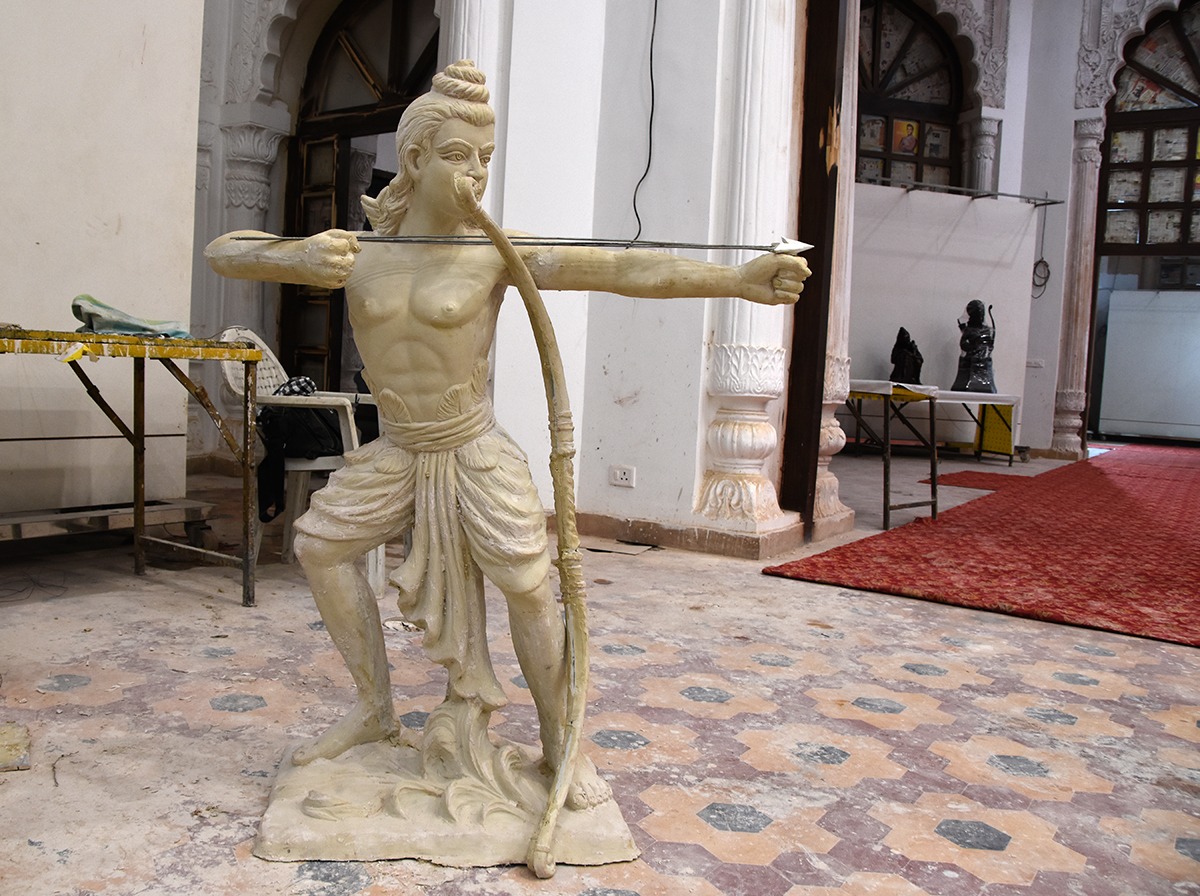 Chief Minister of Uttar Pradesh Yogi Adityanath will inaugurate the exhibition on the day. It will be held at Ram Katha Park and one can see expressions of love, kindness, love of Lord Shri Ram in the artworks prepared by sculptors from Kanpur, Banaras, Prayagraj, Mathura, Lucknow. The sculptors said, “It is a matter of pride for us to have an exhibition in Ayodhya. After the commencement of the construction of the Ram Temple at the Ramjanmabhoomi, we have got the privilege of putting an exhibition in the holy land of Rama on the first Deepawali. We are happy about this. The Chief Minister has honoured the work of artists by giving them a stage in Ayodhya.”
The famous episodes of Ramayana like Ahilya Deliverance, Kevat episode, Darshan of unique forms of Rama, Ram Laxman Prem, Bharat Milap will be displayed as sculptures shielded in fiber, terracotta, and wood in the exhibition, under which Shri Ram’s messages will be conveyed to the people.
“It is a pleasure for me that the artworks of the craftsmen are being displayed in Ayodhya. The people of Chitrakoot have always wanted to see Shri Ram as the king. After the decision of the Yogi government to build the Ram temple, a wave of enthusiasm is running among the people. In a statue of about five feet, Shri Ram will be seen as a giant form,” said Chitrakoot sculptor, Anuj Mishra 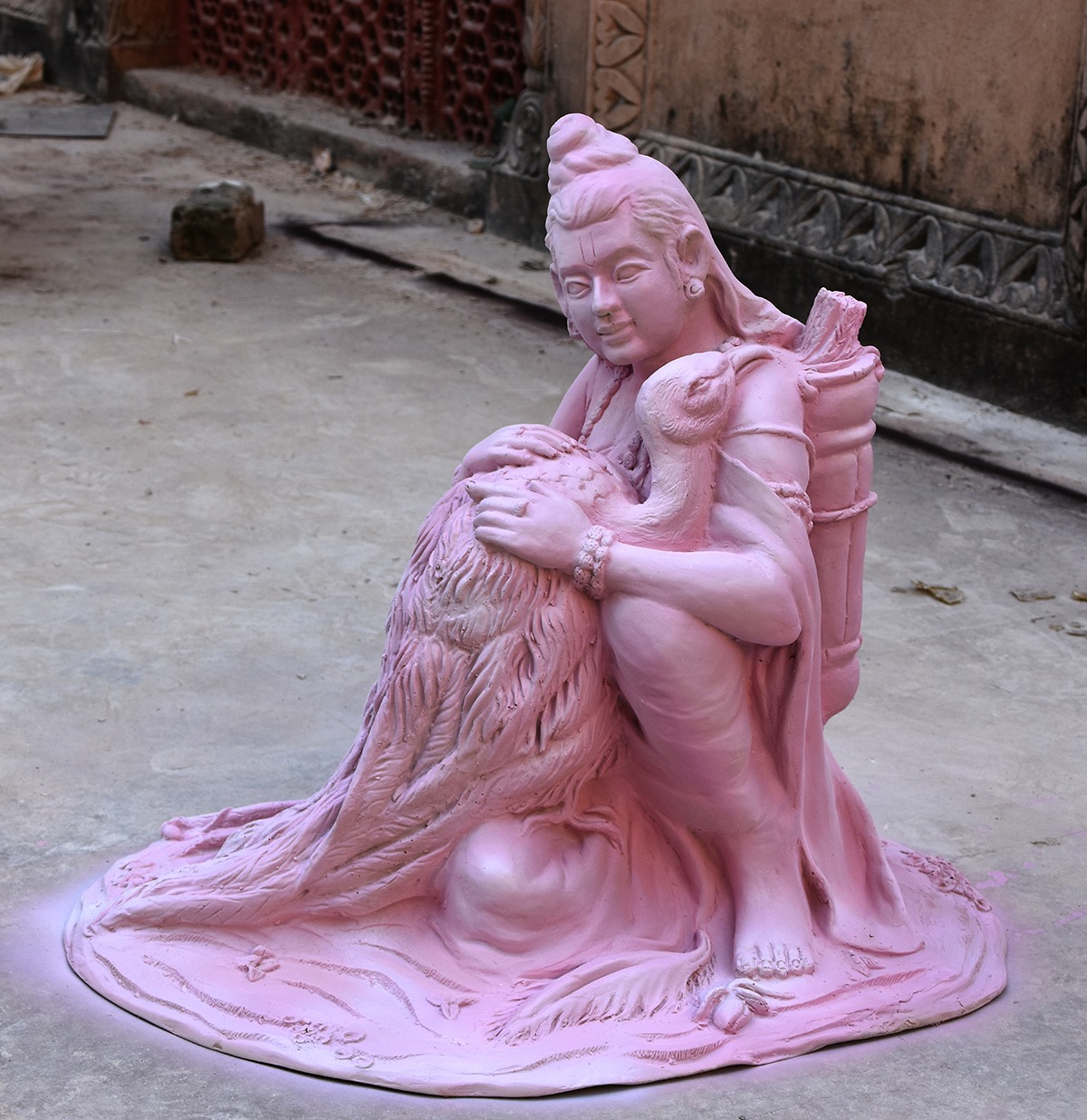 A glimpse of the Mission Shakti run by the Yogi Government will also be seen in the Ayodhya exhibition. Sachchidanand and Jeutavali Yadav, the two sculptors said, “Maryada Purushottam Ram had conveyed the message of respect for women through Ahilya Deliverance and we will make people aware of the theme of the honour of women in the statue under Mission Shakti.
Lucknow sculptor Parul Srivastava said, “The statue based on Jatayu episode will be displayed in Ayodhya. The pleasure was all mine.” 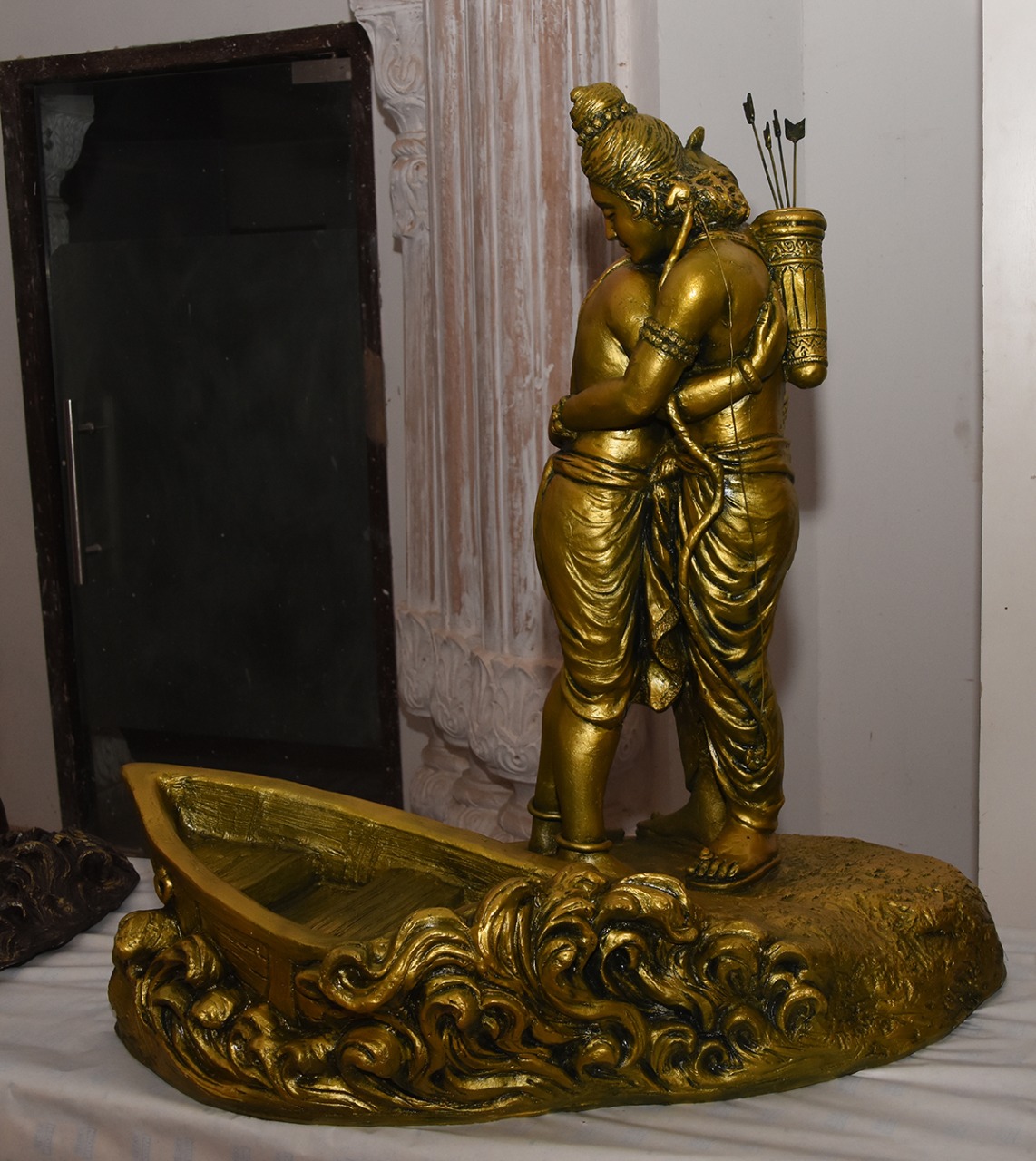 A nine-day camp was organised at the State Lalit Kala Academy of Kaiserbagh, Lucknow; were the sculptors of different districts carved 30 idols of Shri Ram. Sculptors participated in the camp based on the theme of ‘Jan-Jan Ke Raam’, whose exhibition will now be held in Ayodhya.
Uday Raj Maurya of Ambedkar Nagar said, “A statue based on the time of Ram Laxman’s bridge construction was built, which will be put up in the exhibition. It is a matter of luck for all of us sculptors that the exhibition will be launched at the Ramjanmabhoomi Ayodhya by Chief Minister Yogi Adityanath.” (ANI)