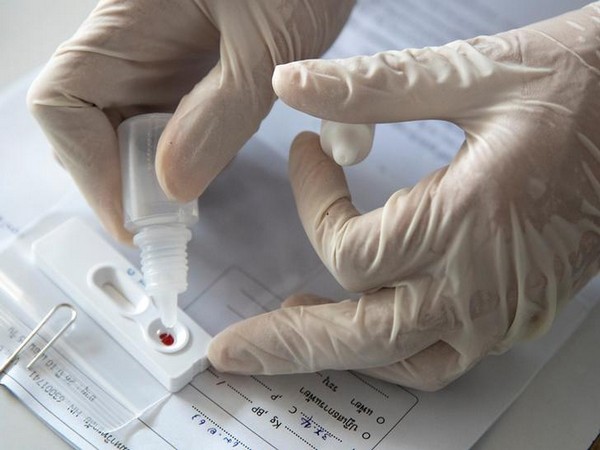 Washington [US], November 10 (ANI): Various non-pharmaceutical interventions (NPIs), to reduce the spread of Covid-19 such as social distancing and wearing of masks are a key tool to combat the impact of the ongoing coronavirus pandemic, which has claimed the lives of over 1.25 million people globally.
These interventions aimed at curbing the spread of Covid-19 have also reduced transmission of other circulating respiratory infections, such as seasonal influenza and respiratory syncytial virus (RSV).
Researchers have now said that current reductions in these common respiratory infections, however, may merely postpone the incidence of future outbreaks, thereby increasing the proportion of the population susceptible to these infections
Epidemiological models suggest that the increased susceptibility could lead to large influenza and RSV outbreaks after NPIs are removed, an outcome for which healthcare systems may need to prepare, according to the authors, according to a study by Princeton University researchers published in the Proceedings of the National Academy of Sciences.
The study projects that the susceptible population for other circulating infections such as influenza and RSV will increase while NPIs are in place.
Authors of the study using models fit to historic cases of RSV and influenza, to project that large future outbreaks of both diseases may occur following a period of extended NPIs. These outbreaks, which may reach peak numbers in the winter, could increase the burden to healthcare systems.
“NPIs put in place to limit the spread of SARS-CoV-2 are already beginning to affect the transmission of other directly transmitted, endemic diseases. Our results suggest that a buildup of susceptibility during these control periods may result in large outbreaks in the coming years. Shorter NPIs may occur outside of the peak season of the disease but still lead to elevated future outbreaks,” said first author Rachel Baker, an associate research scholar at the High Meadows Environmental Institute (HMEI) at Princeton University.
Longer NPIs may overlap with seasonal peak forcing, resulting in larger future outbreaks on average, but with complex transient effects. Results for RSV in the United States suggest that these outbreaks may reach their peak in the winter of 2021-2022. This finding appears robust even when we account for possible imported cases.
Following perturbation, RSV generally returns to the endemic attractor, but more complex behaviour is possible, the study claims.
Preliminary results for influenza suggest outbreaks may occur outside of the typical season, coinciding with the end of the control period.
“However, we do not address complex features of the influenza virus such as circulating subtypes or the implications of global NPIs for antigenic drift. The latter may prove significant, for example, if the evolution rate first declines with NPIs, then rebounds. More broadly, our results suggest that healthcare systems may need to prepare for future outbreaks of non-COVID-19 infections, as NPIs are relaxed. These outbreaks may occur several years after initial NPIs were put into place,” the study said.
The study also offered several caveats to these results.
“First, we are at the early stages of understanding the implications of SARS-CoV-2 NPIs for endemic infections. In our model, we used a fixed reduction in transmission; however, this may not capture heterogeneities in NPIs across locations and over time. As more surveillance data become available, tracking further changes to endemic disease prevalence will be important. Serological surveys, currently used to measure exposure and potential immunity to SARS-CoV-2, could similarly be employed to monitor these polymicrobial responses,” it said.
Second, and importantly, an influx of COVID-19 cases could artificially lower the percent positive test data used to calibrate reductions in RSV and influenza transmission.
The authors said that although the study primarily focused on the United States, outcomes may be more severe in Southern Hemisphere locations where NPI timing aligns with the peak season for seasonal wintertime diseases.
“Our results also illustrate the potential for COVID-19 NPI to impact the dynamics and persistence of a much wider range of infections. Increased surveillance, serological surveys, and local modeling efforts will help determine the future dynamics and risk from these circulating infections,” the study said. (ANI)