E-cigarettes can be ‘gateway’ to cigarettes for teens with no prior intention to smoke, finds study 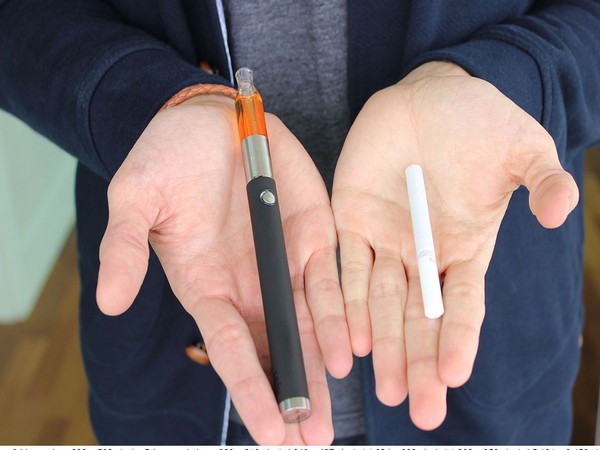 Washington [US], November 9 (ANI): A new study, published in the journal Pediatrics, finds that e-cigarette use is associated with a higher risk of cigarette smoking among adolescents who had no prior intention of taking up conventional smoking. These findings have strong implications for practice and policy, researches say.
Cigarette smoking remains a leading preventable cause of morbidity and mortality in the United States. And while adolescent cigarette smoking has declined over the past several decades, e-cigarette use presents a new risk for nicotine use disorder.
“Research is showing us that adolescent e-cigarette users who progress to cigarette smoking are not simply those who would have ended up smoking cigarette anyway,” says Olusegun Owotomo, M.D., Ph.D., M.P.H., the study’s lead author and a pediatric resident at Children’s National Hospital. “Our study shows that e-cigarettes can predispose adolescents to cigarette smoking, even when they have no prior intentions to do so.”
In one of the first theory-guided nationally representative studies to identify which adolescent e-cigarette users are at most risk of progressing to cigarette smoking, Researchers looked at data of more than 8,000 U.S. adolescents, ages 12-17, who had never smoked. The data was collected by the Population Assessment of Tobacco and Health (PATH) study, an NIH and FDA collaborative nationally representative prospective cohort study of tobacco use, from 2014-2016. Among adolescents who did not intend to smoke cigarettes in the future, those who used e-cigarettes were more than four times more likely to start smoking cigarettes one year later compared to those who did not use e-cigarettes.
E-cigarette use constitutes a relatively new risk factor for nicotine use disorder among U.S. adolescents. A 2019 study from the Centers for Diseases Control and Prevention found that 28% of high school students and 11% of middle school students were current e-cigarette users. With the recent emergence of newer and potentially highly addictive e-cigarette products, adolescents who use e-cigarettes are at increased risk of developing nicotine use disorder and progressing to smoke conventional cigarettes.
“Abstinence from e-cigarettes can protect teens from becoming future smokers and should be framed as a smoking prevention strategy by all concerned stakeholders,” says Dr Owotomo. “Pediatricians are best positioned to educate patients and families on the clinical and psychosocial consequences of e-cigarette use and should support education campaigns and advocacy efforts geared to discourage adolescent e-cigarette use.” (ANI)

E-cigarettes can be ‘gateway’ to cigarettes for teens with no prior intention to smoke, finds study

Bengal polls: For first time in three decades, Didi moves out of her den

Left-Congress-ISF yet to decide who will fight from Nandigram

Didi accepts BJP’s challenge, to fight only from Nandigram

With judges critical of ‘stash house’ tactic in federal cases, the convicted see chance for redemption

Mirwaiz continues to be in house detention: Hurriyat

K-Town celebs who got COVID-19 vaccination