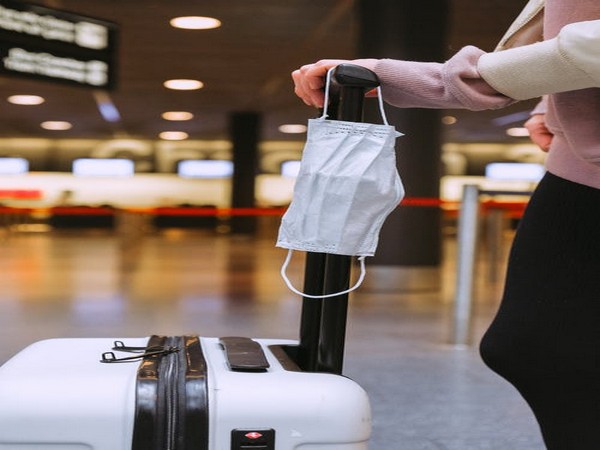 Texas [US], November 8 (ANI): Considering the stark reminders of the novel COVID-19’s enormous effects, governments have introduced several policies to protect the societies. One such policy introduced recently by the Texas government for Dallas airport has been ‘Smart Bathrooms’. These smart bathrooms will be the upgraded version of the bathrooms at the airports which will reflect one of the best uses of technology ever.
According to a report by Fox News, these bathrooms will include everything from monitors to UVC lights to enhanced cleaning procedures. Smart bathrooms installation is one of the major moves took by Dallas/Fort Worth International Airport (DFW) along with other improvements. This will help prevent the spread of the coronavirus among travellers as there is likely an additional risk while getting to and from the plane even with a mask on the face.
The bathrooms will include monitors outside to let people know how many stalls are available, so travellers won’t have to wait inside the confined space and lights over the stalls will serve as indicators, so that the users won’t need to touch a door handle, or knock, WFAA reported to Fox News.
Not only this, but sensors in the bathrooms will also be introduced to keep a check of the total number of people moving in and out of the bathroom. Reports state that these sensors will also keep a check if the toiletry items such as soap, towel, and toilet paper are keeping low and will alert the concerned crew members of the same.
The main aim of the airport authority is to make the best use of technology to transform the whole airport. For that; according to the reports, DFW will also be upgrading its HVAC (Heating, ventilation, and air conditioning) system with UVC lighting.
“DFW is adding new technology to help purify the air and sanitize surfaces at the airport. Over the next few months, Ultraviolet C (UV-C) lighting is being installed in our terminal HVAC systems to purify the air and help prevent the spread of the virus”, DFW Airport quoted in a tweet.
Prevention is better than cure is what everybody should follow during this pandemic. As the unlocking guidelines have been observed throughout the past days, the number of coronavirus cases has also increased. In that matter, DFW has introduced certain guidelines, including face masks as well as the sanitation process to be strictly followed by the travellers as well as the authorities to ensure safety and decrease the risk of the virus spread.
Although the number of travellers, i.e. 8, 67,105 is very low as compared to last year number of 2.5 million to the airport, also, if pandemic phase, is taken into consideration, this number can also create a perilous circumstance questioning the safety at the airport.
“Since January, DFW Airport has been committed to enhanced sanitation and safety measures,” Ken Buchanan, executive vice president of revenue management at the airport, said in a written statement according to Fox News. “Now that more customers are returning to airports, we’re asking that everyone do their part to create the safest travel experience possible.” (ANI)

India gifts ventilators to Nepal, health minister thanks for help despite ‘troubled’ past relations