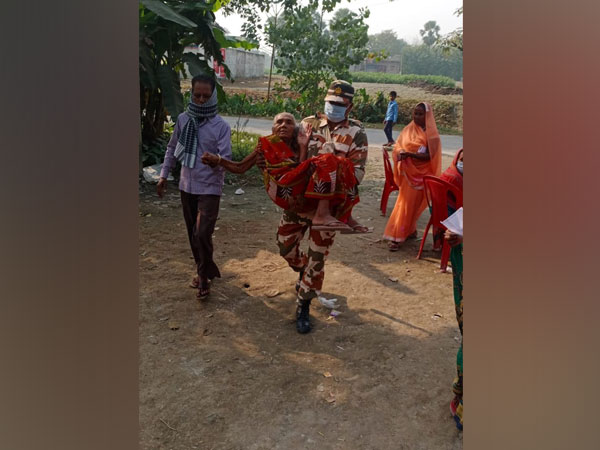 Muzaffarpur (Bihar) [India], November 7 (ANI): The ITBP (Indo-Tibetan Border Police) jawans carried elderly voters to a polling booth in Muzaffarpur in the third and final phase of the Bihar polls.
The coronavirus pandemic failed to dampen the voters’ enthusiasm as several elderly and differently-abled electors came out to vote in large numbers.
In Katihar, an old and sick man with an IV drip in the arm was brought to a polling station on a cot by his family members.
Locals in Muzaffarpur’s Sirnia village also constructed a temporary bridge on a water stream to help voters reach polling station.
The counting of votes will take place on November 10.
Bihar recorded a voter turnout of 55.69 per cent in the first phase and 53.51 per cent in the second phase of polls for 243 member assembly. (ANI)

Online application for Haj ’21 to be done through mobile app: Ministry of Minority Affairs

Close to identifying core team for WC: India U-19 coach…