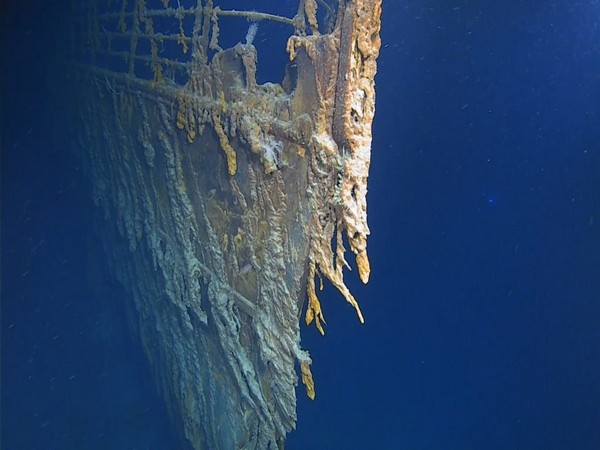 Washington [US], November 7 (ANI): Fans of Titanic and antiques have a reason to rejoice as a company dedicated to manned exploration of the underwater world has finally announced the possible access to the world’s most famous and historic site Titanic through their ‘THE TITANIC SURVEY EXPEDITION 2021’ project.
According to Fox News, the project by OceanGate Expeditions will train ‘citizen scientists’ as ‘mission specialists’ for a mission of a rare undersea research and expedition on the wreckage of the Titanic.
“The Titanic Survey Expedition is the culmination of a vision to give more people a window into our deep oceans and access to the historic Titanic site,” Fox News quoted Stockton Rush, President, OceanGate Expeditions, as saying.
“The support of Mission Specialists is vital to our multi-year exploration, research and digital preservation effort. They will have the unique opportunity to serve in active expeditionary roles alongside oceanographic scientists, archaeological researchers, and Titanic oceanograph veterans throughout the missions. This team will document this historic site for generations to come,” added Rush.
The wreckage of the titanic will be documented with important features of the site using laser scans and 4k video that will be combined with high-resolution images to create a photorealistic virtual 3-D model of the shipwreck. For this, the mission specialists who will be accepted to join the expertise will play a vital role in transporting the citizen scientists and explorers to the wreck-site, according to OceanGate.
A journey of about 12,467 feet below the surface of the ocean will be taken down by the expedition team, for which, an Ocean Gate Sub would be used.
The first schedule will be inaugurated by late-May through mid-July and there are six missions scheduled for it. Each mission will last 10 days and will involve unfettered, eight- to 10-hour, 5-crewmember submersible dives that will be transporting citizen scientists and explorers to the wreck-site. Another set of series will run in summer 2022 according to OceanGate.
According to Fox News, up to nine “qualified citizen scientists” will be approved to go on each mission and only three “mission specialists” will be allowed on the five-person sub per dive. (ANI)

Coming out as bisexual associated with increased risk of smoking: BU study

Clash against Manchester City is the most difficult game in football, says Klopp