IPL 13: Would bowl full to Rohit and force Kohli to play behind square, says Pathan 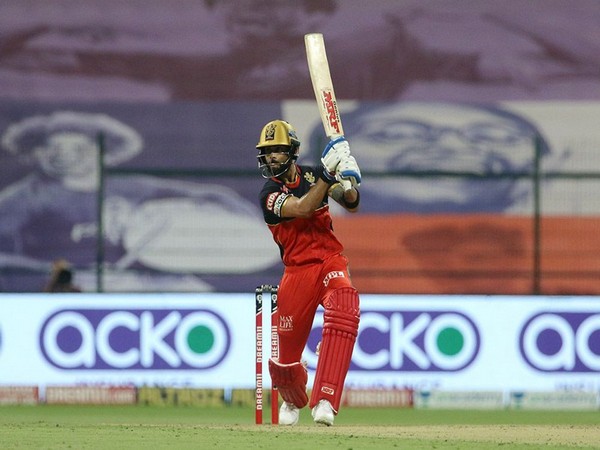 By Baidurjo Bhose
Dubai [UAE], November 5 (ANI): Former India all-rounder Irfan Pathan is excited to be a part of the Kandy franchise in the Lanka Premier League (LPL), and more than anything he is keen to share his experience with young kids on the block who look at T20 leagues as a platform to express themselves.
Speaking to ANI, Pathan threw light on how he is looking forward to helping young domestic players during the LPL, the ongoing Indian Premier League, and most importantly how he would bowl to the likes of Virat Kohli and Rohit Sharma.
T20 leagues across the world put emphasis on having domestic players in the squad and Pathan feels that is a big bonus for the next generation of players looking to rub shoulders with the best in the business.
“The good thing about LPL and other T20 leagues is that they make it mandatory to have plenty of young domestic players in the squads. As a cricketer, who has come up through the ranks of junior and age-group cricket, I can tell you that hearing the seniors speak in the dressing room and during team meetings, taking their advice on the field to tackle tough situations, seeing them train, these are valuable lessons that one can’t learn anywhere else,” he said.
“I have been part of a few coaching assignments in the past and I can tell you that it is a very rewarding feeling when you can give something back to the game. Extremely excited (about the LPL)! It is a new league, a new team, a new set-up, and to add to it, Kandy has some big names in T20 cricket, I am looking forward to sharing my experience with them and play some good cricket,” he said.
Talking of experience, Pathan was only the second Indian after Harbhajan Singh to take a Test hat-trick for India. Asked how he would tackle current run-machines like India skipper Virat Kohli and Rohit Sharma, the left-arm pacer said: “I agree that both of them are very good and as you rightly said the most devastating batsmen in the modern era. But I would have had my plans for both of them.
“For starters, I would have bowled a 4-5th stump line to Virat and try to force him to play behind the square as he likes to play in front. For Rohit, I would have tried not to give any width whatsoever and even try to bowl bit fuller.”
Before turning pundit, Pathan played the IPL regularly and the former India cricketer believes that the standard of cricket in the Indian league is what makes it stand out.
“First thing that strikes everyone about IPL is the competitive cricket that one sees day in and day out. The standard of cricket is very high and it is not just the foreign players, the young domestic players have outdone the senior foreign exports on many occasions as we have seen over the years,” he said.
“IPL has also given Indian cricket a number of our next generation cricketers who have gone to do well at the international stage. BCCI also has taken all measures to maintain the sanctity and integrity of the league and all verticals are working in tandem for the growth of the league,” he explained. (ANI)

May hunger for runs continue: Wishes pour in for Kohli as cricketer turns 32