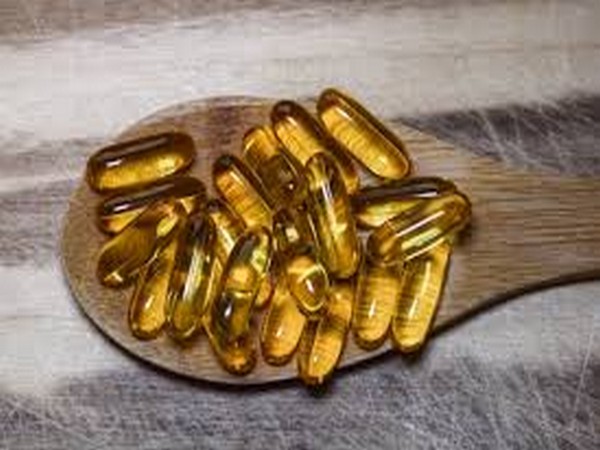 California [US], October 31 (ANI): As per the findings of a novel study, regular consumption of foods rich in omega-3 eicosapentaenoic acid (EPA), found in marine foods like fatty fish, and alpha-linolenic acid (ALA), found in plant foods like walnuts, was associated with improved outcomes in individuals who suffered a heart attack, including decreased risk of death.
Additionally, the consumption of both ALA and EPA provided the greatest benefit, suggesting a synergistic effect and unique protective qualities when both types of omega-3 are consumed. The study was published in the Journal of the American College of Cardiology.
The observational study, supported by the California Walnut Commission and reinforced by an editorial in the same publication entitled “A Revolution in Omega-3 Fatty Acid Research,” included 944 participants who experienced a very serious heart attack in which one of the heart’s major arteries was blocked. Clinicians refer to this as an ST-segment elevation myocardial infarction (STEMI), but consumers may be more familiar with the term “widow-maker” heart attack.
Heart disease is the leading cause of death in America and every 40 seconds someone experiences a heart attack. Of those older than 45 years of age, 36 per cent of men and 47 per cent of women who have experienced a heart attack will die from their second heart attack if it occurs within five years of the first. A lead researcher in the study, Dr. Aleix Sala-Vila, Research Associate at IMIM (Hospital del Mar Medical Research Institute) and Barcelonabeta Brain Research Center, explains, “Heart attacks are still very common, and aside from treatments to keep the patient alive, researchers have been exploring approaches to secure the quality of life of the patient after the heart attack.
What is novel about this research is that it shows that ALA and EPA appear to be partners in improving the long-term outcomes of heart attack sufferers. Consuming both marine and plant-based omega-3s, from foods like salmon, walnuts, and flaxseed seems to offer the greatest protection.”
The patients in this study, whose mean age was 61 and were made up of 78 per cent men, had their blood taken during hospital admission. The researchers then determined the level of omega-3s in their blood, a reliable way to establish the intake of omega-3s during the weeks leading up to the heart attack. Next, they explored whether those with higher blood levels of omega-3s at the time of the heart attack were at a decreased risk of suffering complications during a three-year follow-up period.
Specifically, the researchers found that those who showed higher blood levels of ALA were at a decreased risk of three-year all-cause mortality. Also, those with higher levels of EPA were at a decreased risk of death or needing hospital readmission for cardiovascular reasons.
Walnuts have long been recognized as a heart-healthy food1, backed by more than 30 years of research showing positive outcomes related to cardiovascular health such as cholesterol, blood pressure, inflammation, endothelial function, and plaque formation. Walnuts are also the only nut with an excellent source of omega-3 ALA, providing 2.5 grams per one ounce.
While these results are encouraging, they do not prove cause and effect. Additional research is needed to determine whether EPA and ALA intake specifically contributed to the outcomes, or if other factors like socioeconomic status, education, and pharmacologic treatments also had an effect. Docosahexaenoic acid (DHA, another omega-3 supplied by fatty fish) was not part of this study. (ANI)

Jayalalithaa thanks people for historic win