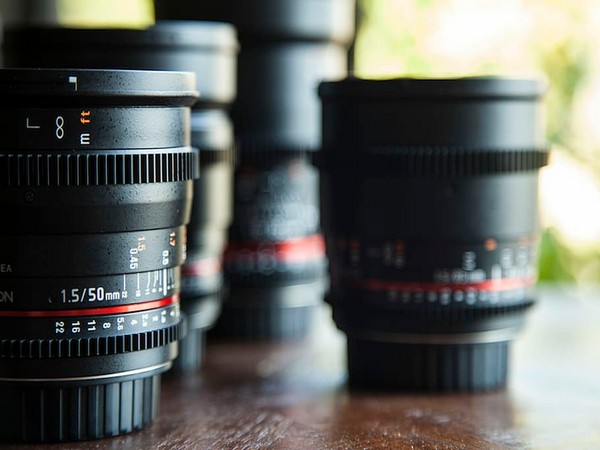 Washington [US], November 2 (ANI): Intelligent cameras, that achieve spectral resolution as well, are the next milestone in image and video processing. A team of researchers at the Chair of Multimedia Communications and Signal Processing at Friedrich-Alexander-Universitat Erlangen-Nurnberg (FAU) has developed such an intelligent camera that achieves not only high spatial and temporal resolution but also spectral resolution.
The camera has a wide range of applications that can improve environmental protection and resource conservation measures as well as autonomous driving or modern agriculture. The findings of the research have been published as an open-access publication.
“Research up to now has mainly focused on increasing spatial and temporal resolution, which means the number of megapixels or images per second,” said lecturer Dr Jurgen Seiler.
‘Spectral resolution — the wavelength and thus the perception of colours — has largely been adjusted to match human sight during the development of cameras, which merely corresponds to measuring the colours red, green, and blue.
However, much more information is hidden in the light spectrum that can be used for a wide range of tasks. For example, we know that some animals use additional light spectra for hunting and searching for food.
Three resolutions in one camera
Seiler, who is an electrical engineer, has therefore developed a high-resolution multi-spectral camera that enhances human perception with his team at the Chair of Multimedia Communications and Signal Processing (LMS), led by Prof. Andre Kaup at FAU. It combines all three resolutions — spatial, temporal and spectral — in a cost-efficient solution.
“Up to now, there were only extremely expensive and complex methods for measuring the ultraviolet or infrared ranges of light or individual spectral bands for special industrial applications. We looked for a cost-efficient model and we were able to develop a very cost-effective multi-spectral camera,” said Seiler.
The researchers connected several inexpensive standard cameras with various spectral filters to form a multi-spectral camera array.
“We then calculated an image in order to combine the various spectral information from each sensor. This new concept enables us to precisely determine the materials of each object captured using just one single image,” said Nils Genser, a research associate at LMS.
At the same time, the new camera is greatly superior to existing systems in terms of its spatial, temporal and spectral resolution. As the surroundings are recorded by several “eyes” as is the case with human sight, the system also provides a precise indication of depth. This means that the system not only precisely determines the colour and certain material properties of objects it captures, but also the distance between them and the camera.
Ideal for autonomous driving and environmental technology
Autonomous driving is a potential application for these new intelligent cameras.
“A whole range of solutions to various problems has now opened up, thanks to our new technology,” said Seiler.
“In the infrared range, for example, we can differentiate between real people and signposts using the thermal signature. For night driving, we can detect animals crossing the road with sufficient warning,” added Seiler.
The high-resolution multi-spectral cameras could also be used for protecting the environment and conserving resources.
“Several plastics differ significantly from each other in various ranges of the spectrum, which is something the new intelligent camera can reliably detect. Large amounts of plastics are simply burned instead of separated for recycling as they have a similar appearance. We can now separate them reliably,” Genser said. (ANI)

Templeton: SC says will first deal with objection to e-voting, distribution of funds…

Tejashwi seeks to rankle Nitish, ends up getting ticked off

EC rolls out digital voter ID cards: All you need to know

World Test Championship final postponed, to be played from June 18-22

Govt’s offer best for farmers, hopeful that unions will reconsider it: Tomar

Check vaccine rumours; take penal action against those indulging in such acts: MHA to states

US to impose travel restriction on South Africa