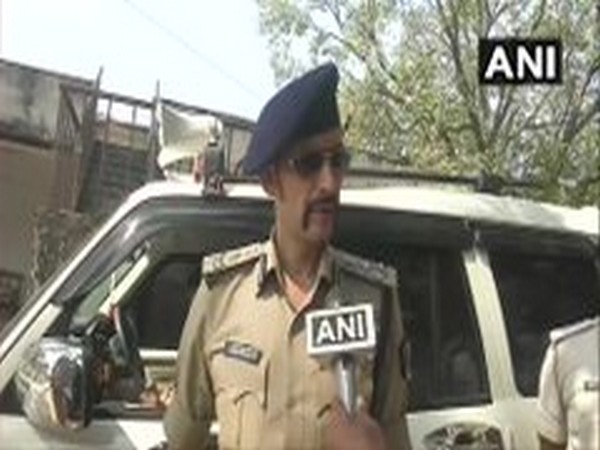 Munger (Bihar) [India], October 30 (ANI): Deputy Inspector General of Police (DIG) Munger Manu Maharaj on Friday said that situation is normal now in Munger and additional force has been deployed.
Speaking to ANI, regarding arson in Munger yesterday, the DIG said, “Situation is normal now, force is deployed and we are monitoring the situation continuously. We will find those who caused arson and action will be taken against them.”
When asked about the death of a person on October 26, He said, “It is subject to probe, won’t comment on it.”
Unidentified persons caused arson at Sub Divisional Officer (SDO) and Superintendent of Police (SP) office in Munger, allegedly setting several vehicles on fire and damaging office on Thursday.
The mob was protesting against a person’s death during firing incident on October 26 at the time of Goddess Durga idol immersion. They demanded action against Munger SP and SDO.
The Election Commission of India (ECI) had ordered the immediate removal of Superintendent of Police and District Magistrate of Munger over arson in the district of poll-bound Bihar.
An inquiry has been ordered into the incident by Asangba Chuba AO, Divisional Commissioner, Magadh that has to be completed with seven days. (ANI)