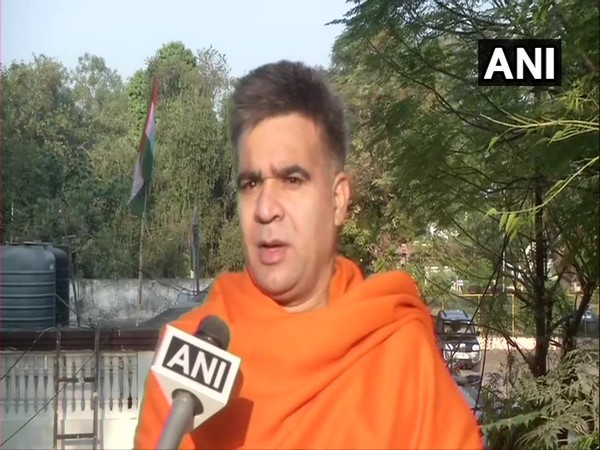 Jammu (Jammu and Kashmir) [India], October 30 (ANI): Reacting to the killing of three Bharatiya Janata Party (BJP) workers in Jammu and Kashmir’s Kulgam area, the party chief of the Union Territory assured that sacrifices of the party workers would not go in vain.
Further attacking Pakistan on the state-sponsored terrorism, he said that Pakistan will “pay a heavy price” for what they have done.
“They were brave workers of BJP and their sacrifice would not go in vain. The three youths who were killed by terrorists were brave sons of Bharat Mata. They always raised the Indian flag high in South Kashmir, especially on Independence Day and Republic Day. The whole country salutes them. Coward Pakistanis will have to pay a heavy price for their sins, each one of them will be neutralised,” Raina told ANI.
BJP national president JP Nadda also expressed condolences to the families of the three political workers who were killed in the Qazigund area of South Kashmir’s Kulgam district, saying that the departure of such patriots was a big loss for the country.
“In a cowardly attack in J-K’s Kulgam, terrorists killed three leaders, including district BJP Yuva Morcha General Secy Fida Hussain. The departure of such patriots is a big loss for the country. Their sacrifice won’t go in vain. Condolences to families,” Nadda tweeted.
On Thursday, three BJP workers, identified as Fida Hussain Yatoo, Umer Rashid Beigh, and Umer Ramzan Hajam, were fired upon by terrorists in YK Pora, Kulgam.
They were shifted to a nearby hospital for treatment where they were declared as brought dead, the Jammu and Kashmir Police said.
Expressing his anguish over the killings, Manoj Sinha, Jammu and Kashmir Lieutenant Governor said that the perpetrators of violence were the enemies of humanity and such cowardly acts could not be justified. (ANI)

Clinton set to assemble ‘Republicans for…