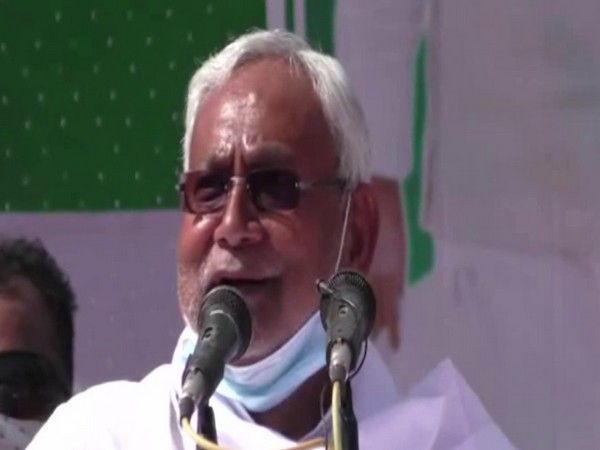 Valmiki Nagar (Bihar) [India], October 30 (ANI): Bihar Chief Minister Nitish Kumar has said that reservation should be proportionate to population.
Speaking at a public rally on Thursday, Kumar said, “As far as the question of population is concerned, that is decided only after the census and that decision is not in our hands. We would like to say that reservation should be proportionate to the population, there is no second opinion about it.”
“You have given us the chance to work in the past and if you give the same in future, we will continue to work. Prime Minister Narendra Modi is working for the whole country and is providing special assistance for the development of Bihar,” he added.
Bihar saw a final voter turnout of 55.69 per cent in the first phase of assembly polls with the poll percentage better compared to that in 2015.
It was the first time that voters had come out to exercise their franchise in an assembly election amid the constraints posed by COVID-19.
The first phase of polling was held on Wednesday. Bihar will go for two more phases of polls and results will be declared on November 10. (ANI)

Equity indices open in the green

Fusion has existed in India for a thousand years: Zakir…