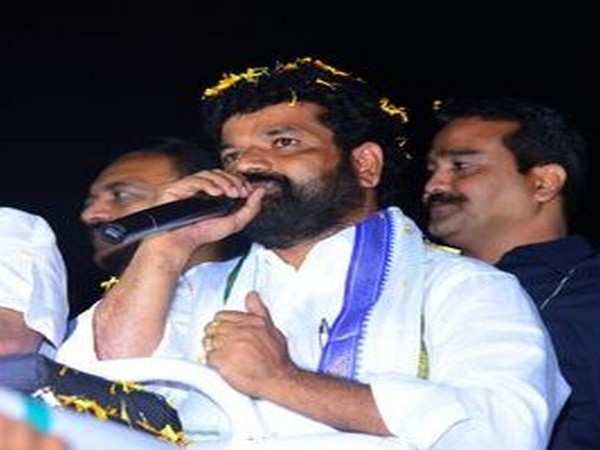 Amaravati (Andhra Pradesh) [India], October 30 (ANI): YSRCP MP Nandigam Suresh on Friday said not to believe Opposition leader N Chandrababu Naidu as he uses ‘Dalits’ to foster his personal interests.
Addressing a press conference here, Suresh said, “Do not believe in Opposition leader Nara Chandrababu Naidu as he is out to deceive you and use you to foster his personal interests.”
“During TDP regime, Dalits were harassed and there was no action against the perpetrators. Present CM YS Jagan Mohan Reddy is working for the upliftment of SCs, STs, BCs, and Minorities and implementing schemes for their welfare,” he added.
Suresh was responding to Chandrababu Naidu’s call against the government in relation to the incident of the handcuffing of Dalit farmers.
The MP also said action has been taken against the policemen who had handcuffed the Dalits at Narsaraopet.
He recalled the number of times the TDP leaders had attacked him even after he became an MP.
“Naidu was trying to keep the Dalits at the forefront for any agitation and crying hoarse when they are arrested. It was a ploy by Naidu to use the Dalits as tools in agitations,” he added.
He said while the TDP leaders have made crores of money by insider trading in Amaravati, Dalits are being denied their rightful place.
“When Jagan Mohan Reddy wanted to distribute lands in Amaravati to the poor it was Naidu who went to court against it. When the Chief Minister wanted the poor to get educated in English medium, it was Naidu who opposed it as he does not want the weaker sections to come up in life,” he said.
Suresh asked Naidu to make his stand clear whether Amaravati was there to allow his cronies to build up their real estate business or it was for Dalits and the weaker sections to get a decent house to live in.
“If Naidu wants the Dalits to come up in life why was he opposing land allotment to the weaker sections in Amaravati,” he asked. (ANI)