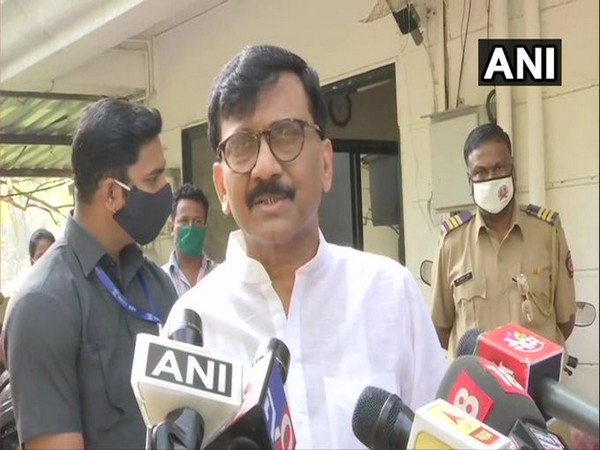 Mumbai (Maharashtra) [India], October 30 (ANI): Shiv Sena leader Sanjay Raut on Friday said that the Munger firing incident is an attack on Hindutva and asked why the BJP Governor in Bihar is not raising questions about it.
Speaking to the media, Raut said, “During the procession of immersion of Goddess Durga idol, violence erupted in Munger. After that, the police opened fire in which one person died and many others were injured. It is an attack on Hindutva.”
The Shiv Sena MP further said, “If such an incident were to happen in Maharashtra or West Bengal then the Governors and BJP leaders would have demanded President’s rule. So, why is Bihar Governor and BJP leaders not raising questions on the incident?”
The Election Commission of India (ECI) has ordered the immediate removal of Superintendent of Police and District Magistrate of Munger over arson in the district of poll-bound Bihar.
An inquiry has been ordered into the incident by Asangba Chuba AO, Divisional Commissioner, Magadh that has to be completed with seven days. The new District Magistrate and the SP will be posted in Munger today itself.
Unidentified persons caused arson at Sub Divisional Officer (SDO) and SP office in Munger, setting several vehicles on fire and damaging the office on Thursday.
The mob was protesting against a man’s death during a firing incident on October 26 at the time of Goddess Durga idol immersion and demanding action against Munger SP and the SDO. (ANI)

Have always commanded respect, now I have a position: Azhar

Naomi Campbell does not care about being relevant