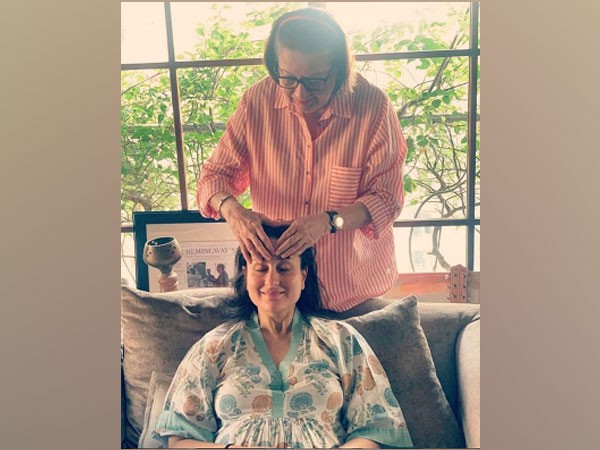 New Delhi [India], October 30 (ANI): Mom-to-be Kareena Kapoor Khan who has been on a shooting spree for the past few weeks, on Friday enjoyed a relaxing head massage given to her by her mother and veteran actor Babita Kapoor.
The ‘Jab We Met’ actor filled Instagram with sweetness as she posted a picture of herself getting pampered by her mother.
The picture sees the 40-year-old actor wearing a bright smile as she is seated on her couch while her mother gives her a massage from behind the couch.
While the mother-to-be is seen dressed in an all comfy white printed gown, her mother is seen wearing an orange-white striped shirt.
“Maa ke haath ka… maalish,” the ‘3 Idiots’ actor wrote in the caption.
Kareena is expecting her second child with superstar husband Saif Ali Khan. The couple who had tied the knot in 2012 and welcomed a baby boy Taimur Ali Khan four years later. (ANI)

I try to give best start possible to Mumbai Indians: Quinton de Kock

15 injured in vehicle pile-up on NH-1 in Haryana