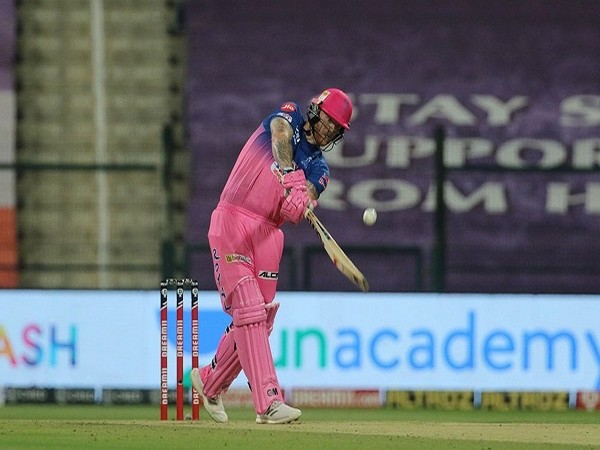 Abu Dhabi [UAE], October 30 (ANI): Rajasthan Royals batsman Ben Stokes scored a gutsy half-century and skipper Steve Smith had no hesitation in saying that the all-rounder is a “class player”.
The Royals sealed a seven-wicket win over Kings XI Punjab (KXIP) here at Sheikh Zayed Stadium on Friday, courtesy some fine hitting by Stokes.
Smith said that Stokes is one of the best cricketers in the world. The skipper also said that they still need to win to qualify for the playoffs.
“The season has ebbed and flowed, yes. Would have been nice to have a couple of wins in the middle. We still need to do a bit to make the playoffs, and we need things to go our way,” Smith told host broadcaster Star Sports after the match.
“Having said that, if that happens, we are playing very good cricket. The Samson run-out was unfortunate, but you take positives from every situation. It gave Jos a chance to bat after a five-day break,” the skipper continued.
“He hit them well so this is a good sign. Ben is a class player, plays proper shots, hits balls in weird areas, and did a job with the ball too. One of the best in the world,” Smith added.
Sanju Samson too played an equally brilliant knock. The wicket-keeper batsman smashed 48 runs off 25 balls.
“Sanju started the tournament really well, then in the middle couldn’t get going, but that is T20 cricket. You have got to keep trusting the process,” said Smith.
The Royals are now at fifth in the points table and will next lock horns with Kolkata Knight Riders (KKR) on Sunday. (ANI)

One woman killed, another injured in ceasefire violation by…