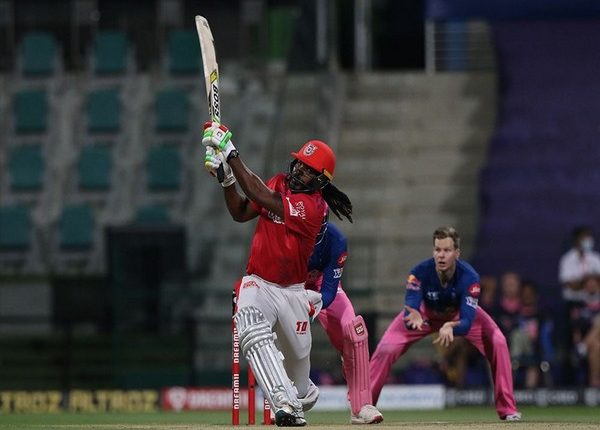 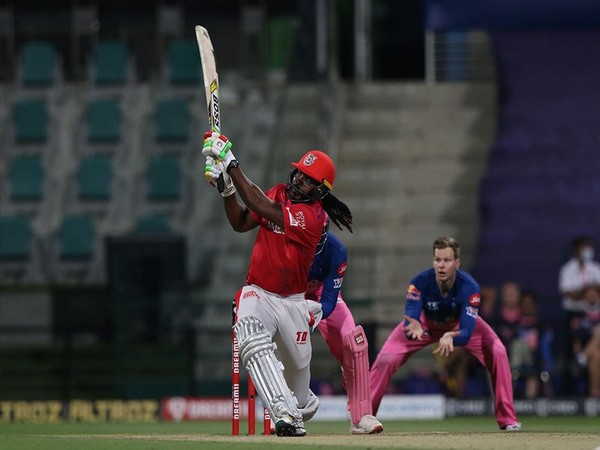 Abu Dhabi [UAE], October 30 (ANI): Swashbuckling batsman Chris Gayle has added another feather to his illustrious cap as he became the first player to smash 1,000 sixes in T20 cricket. Gayle achieved the feat against Rajasthan Royals here at Sheikh Zayed Stadium on Friday.
He played a knock of 99 of 63 including eight sixes and six fours. The ‘Universe Boss’ was seven sixes away from the milestone figure in the shortest format of the game. Playing in his 409th game, Gayle smashed his 1,000th six.
The West Indian is leading the chart for the maximum sixes in the T20s. Kieron Pollard is in second place with 690 sixes in 524 games while former Kiwi attacking batsman Brendon McCullum is in third place with 485 sixes in 370 matches. Rohit Sharma is the only Indian batsman in the top-10 with 376 sixes in 337 games.
Gayle’s gutsy knock and a cameo by Nicholas Pooran powered KXIP to 185 runs.
KXIP smashed 14 runs both in the 18th and 19th over respectively. Meanwhile, Pooran scored 22 runs off 10 balls. (ANI)

Argentina midfielder Gago to miss six months due to injury