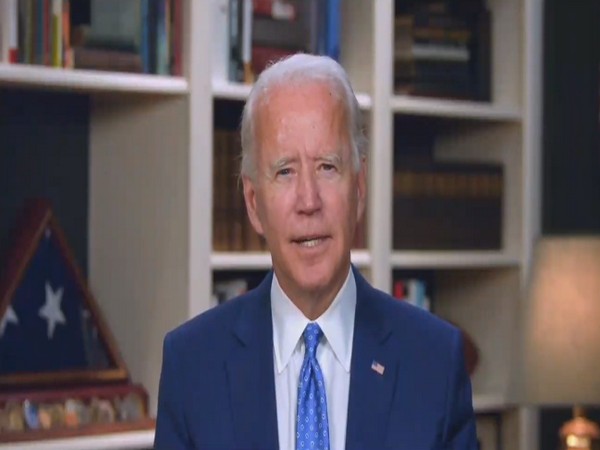 Washington [US], October 30 (ANI): US Democratic presidential nominee Joe Biden on Friday pledged to strengthen the alliance with South Korea, and keep pressing for North Korea’s denuclearisation through ‘principled diplomacy’, after his victory in the upcoming presidential election.
“As president, I will stand with South Korea, strengthening our alliance to safeguard peace in East Asia and beyond, rather than extorting Seoul with reckless threats to remove our troops,” Biden said in an article, titled “Hope for Our Better Future”, reported Yonhap News Agency.
“I will engage in principled diplomacy and keep pressing toward a denuclearised North Korea and a unified Korean Peninsula, while working to reunite Korean Americans separated from loved ones in North Korea for decades,” he added.
Biden made the pledge in a special article contributed exclusively to Yonhap News Agency just days ahead of the US presidential election, where he recited the catchphrase of the Korea-US alliance, “Katchi Kapshida,” or “We Go Together.”
The US Democratic presidential nominee praised South Korea’s miraculous rise from the ashes of the war to become ‘a shining example of a flourishing democracy and economic powerhouse’.
He mentioned that South Korea has also been “a global leader in the fight against COVID-19; and a strong ally in the region, to advance our shared prosperity, values, and security, and to meet global challenges”.
In the article, Biden also promised to help all immigrants, including undocumented Koreans.
“I have fought my whole career to support hard-working immigrant families who came to America to build a better life….I will work to fix our broken immigration system, provide a roadmap to citizenship for undocumented Koreans, and recognise the tens of thousands of Korean adoptees as the Americans they are,” Yonhap quoted Biden in his special contribution.
With only four days remaining for the much-awaited 2020 election, US President Donald Trump and Biden are going all guns blazing to win the White House for next four years.
The US presidential election will commence on November 3. (ANI)