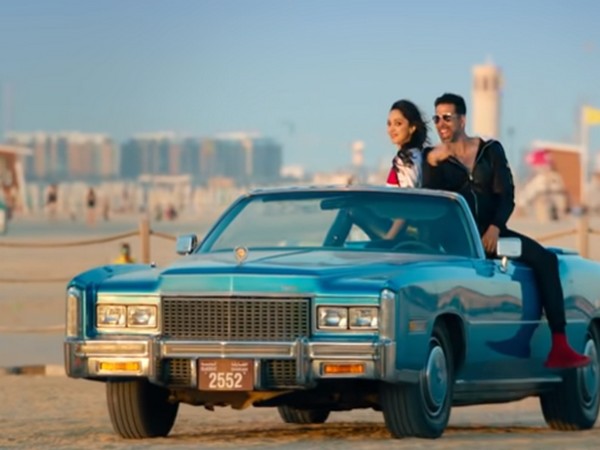 New Delhi [India], October 30 (ANI): Akshay Kumar and Kiara Advani on Friday thanked fans for showering love over their latest track ‘Burj Khalifa,’ from their film ‘Laxmii’.
The two actors took to Instagram to share a video clip featuring various fan versions of the song where fans are seen dancing to the tunes of the foot-tapping music of the song.
“#MyBurjKhalifaDance winning all our hearts! The love for #BurjKhalifa has made us a family of 75 million and growing. Thank you for putting in the best dance moves and making it the blockbuster song of 2020,” wrote Akshay Kumar in the caption.
Featuring Kiara and Akshay, ‘Burj Khalifa’ is the recent dance number that is based on and is shot around the iconic Burj Khalifa tower of Dubai.
The song has been created by DJ Khushi, Shashi and Nikhita Gandhi. (ANI)