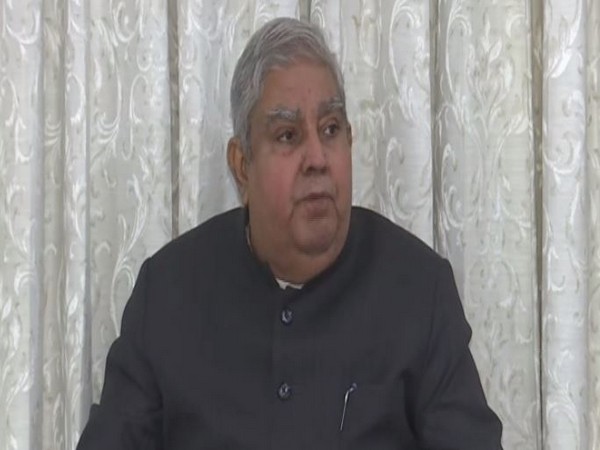 New Delhi [India], October 29 (ANI): West Bengal Governor Jagdeep Dhankhar on Thursday slammed the state government, bureaucracy and police for the prevailing law and order situation.
Expressing serious concern over the law and order matter, Dhankar said terror groups like al-Qaeda were spreading their tentacles in the state while the IAS and IPS officers have abdicated their responsibility.
Speaking to reporters in the national capital, he said, “I could never imagine that there could be such abdication of authority by senior members of IAS and IPS. We have a state security advisor who is a retired DGP, what does he do? Is he there only to carry out political acts?”
“al-Qaeda is spreading its fangs, people being arrested. We have illegal bomb-making…and bombs are freely flying in every event, being carried even in ambulances. So what are these people doing?” he asked further.
It may be noted here that Dhankhar has been at loggerheads with West Bengal Chief Minister and Trinamool Congress chief Mamata Banerjee over several issues.
Dhankhar is on an official visit to Delhi from Oct 28-30. He met Union Home Minister Amit Shah at his residence today.
The meeting was held for over an hour, during which affairs of state in West Bengal were discussed. (ANI)

I-League: Chennai march on with 2nd comeback win over East…