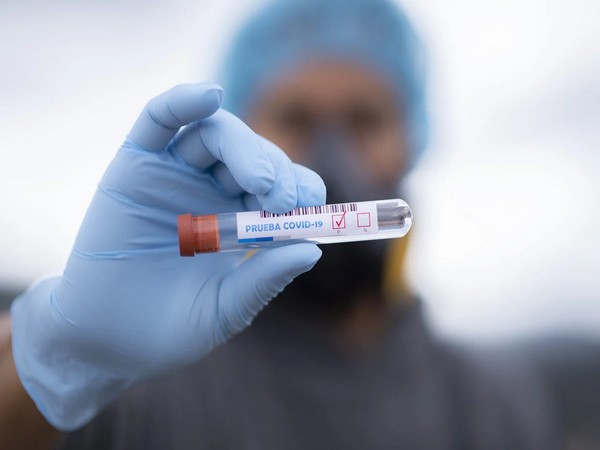 Washington [US], October 30 (ANI): Firefighters and emergency medical workers in New York City were 15 times more likely to be infected during the first wave of the COVID-19 pandemic compared to the general public, according to a study published in ERJ Open Research.
The study, which includes almost all the 15,000 front-line workers at the Fire Department of the City of New York (FDNY), also shows that workers who had been experiencing a deterioration in their lung health prior to the pandemic were more likely to suffer a severe COVID-19 infection, meaning they were admitted to hospital or died.
Researchers say their study supports the proper use of PPE and other measures to protect emergency workers around the world and maintain the capacity of emergency services during any subsequent waves of the COVID-19 pandemic.
The research was by David Prezant, Chief Medical Officer for FDNY and Professor of Medicine at Albert Einstein College of Medicine, Michael Weiden, Medial Officer at FDNY and Professor of Medicine at New York University Medical School, and colleagues in New York, USA.
The study included 14,290 FDNY front line workers, the vast majority of all those employed by the service at the beginning of March this year. Of these, 10,789 were firefighters and 3,501 were emergency medical service providers, such as emergency medical technicians and paramedics. All had been given tests to assess their lung health on at least two occasions prior to the pandemic.
From the beginning of March to the end of May, a total of 5,175 FDNY front-line workers were either confirmed as having the virus with a positive COVID-19 PCR viral test or suspected as having the virus due to COVID-19 symptoms. This equates to 36.2% of FDNY front line staff, compared to a rate of 2.4% of the city’s general population in the same period of time.
Sixty-two workers were classified as suffering severe COVID-19 infection and four died following an infection. Their rate of serious COVID-19 illness and death was lower than the city’s general population, which researchers say could be the result of the ‘healthy worker effect’ (all those in the study were working and therefore possibly younger and healthier on average).
Compared to the firefighters, the FDNY’s emergency medical workers were at a higher risk of becoming infected and five times more likely to develop a severe COVID-19 infection.
The risk of severe COVID-19 infection was also higher among workers who had experienced a decline in their lung health prior to the pandemic. This was measured by the amount of air each worker could force out of their lungs in one second, with a decline of 100ml of air per year corresponding in an increased risk of severe COVID-19 infection of 71%.
Dr Prezant said: “Our study emphasises the higher risk of COVID-19 infection for FDNY responders corresponding with the surge in pandemic-related emergency calls. Although all staff follow the same PPE protocol, it could be that emergency medical workers were more exposed to COVID-19 than firefighters, for example while traveling with patients to hospital and administering treatment to help them breathe.
“These findings highlight the importance of protecting emergency workers in countries around the world and maintaining the capacity of our emergency services in the event of subsequent waves of the pandemic. This means proper use of PPE, but also ensuring emergency workers get flu vaccinations and, when available, COVID-19 vaccinations.”
Professor Anita Simonds, President of the European Respiratory Society, noted: “It is important to note that this group is predominantly male, and we know that men are at a higher risk of COVID-19 infection. However, this study highlights the risk of infection encountered not only by emergency medical workers, but also to firefighters. The nature of their work means they cannot avoid entering homes or having close contact with members of the public and co-workers. No matter where we live in the world, we rely on these key workers, so we need to do all we can to protect them.
“These findings also suggest that people whose lung health is declining face a higher risk of developing a more serious infection and those individuals may need additional protection or redeployment at work.” (ANI)