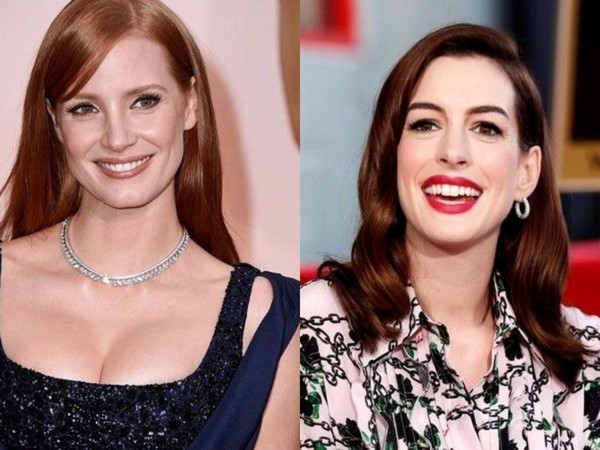 Washington [US], October 29 (ANI): Actors Jessica Chastain and Anne Hathaway will star in the upcoming psychological thriller ‘Mother’s Instinct’.
According to Variety, the makers are setting the sales to launch at the American Film Market, starting online on November 9.
Chastain and Hathaway will play best friends and neighbours who both live an idyllic traditional lifestyle with manicured lawns, successful husbands and sons of the same age.
The story, set in the 1960s, will see a perfect harmony suddenly shattered by a tragic accident as guilt, suspicion and paranoia combine to unravel their sisterly bond.
The English-language remake based on his 2018 film, ‘Duelles’, will be helmed by Olivier Masset-Depasse. The film is based on the novel ‘Derriere la Haine’ by novelist Barbara Abel. Sarah Conradt is adapting the script.
“It takes actors of Jessica and Anne’s caliber to communicate the intricacy of these two roles,” Masset-Depasse said. “The relationship between a mother and child is the most powerful connection between two human beings. When this bond is severed, it calls into question conventional morality and even sanity. In the behind-closed-doors atmosphere of 1960’s America, Mothers’ Instinct becomes a terrifying, high-pressure powder keg.”
Chastain is producing with Kelly Carmichael from the actor’s Freckle Films along with Paul Nelson at Mosaic and ‘Duelles’ producer Jacques-Henri Bronckart. Production company Anton will fully finance and executive produce the project with the company’s founder and CEO Sebastien Raybaud overseeing the project alongside John Zois, who negotiated the deal with CAA Media, as per Variety. (ANI)

Dhankhar yet to give nod to two bills passed by Bengal…