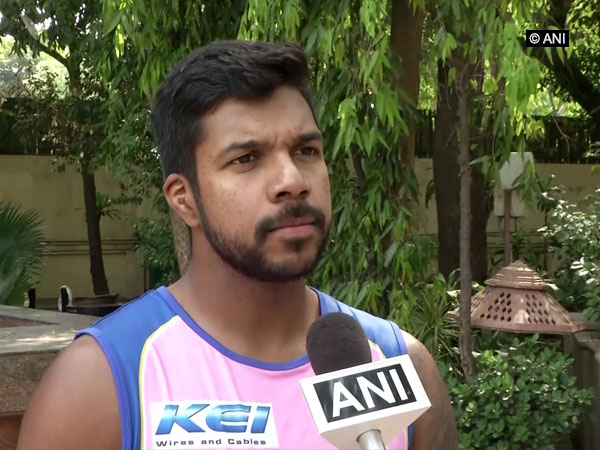 Dubai [UAE], October 29 (ANI): Ahead of the match against Kings XI Punjab (KXIP), Rajasthan Royals’ pacer Varun Aaron has said that the likes of Jaydev Unadkat, Kartik Tyagi, and Ankit Rajpoot have done well in supporting Jofra Archer at the other end.
Rajasthan Royals (RR) are currently in the seventh position in the points table with 10 points from 12 matches. The Steve Smith-led side needs to win both their remaining matches to remain in contention for a playoff berth.
“I think we have bowled well overall, this is T20 cricket and there are these patches wherein bowlers go for runs. I feel that our pacers have done well, certain things did not go our way where we were unlucky but I feel JD, Tyagi, and Rajpoot have done well in supporting Archer,” said Aaron in an official release issued by RR.
“The next two games are must win for us to be able to secure the playoffs berth and I am sure our team will put up the best show to be able to achieve that spot,” he added.
RR are coming off a win against Mumbai Indians as the side chased down a total of 196. Ben Stokes played a match-winning knock of 107 runs to defeat Mumbai by eight wickets.
Talking about the match against KXIP, Royals’ batting coach Amol Majumdar said: “We are where we are in the table and we cannot change that now. We have to win our last two matches it’s as simple as that. It is an extremely tight and exciting end to the season and we hope to be one of the teams making it through to the playoffs.”
When KXIP and RR locked horns earlier in the tournament, the latter emerged triumphant at Sharjah. Rahul Tewatia played a knock for the ages and he even hit Sheldon Cottrell for five sixes in a single over.
KXIP have won five games on the bounce and are the in-form team of the IPL currently. The KL Rahul-led side is currently in the fourth position in the points table.
Both KXIP and Royals will lock horns on Friday, October 30 at the Sheikh Zayed Stadium. (ANI)

Droplets of fat fights back against infections, finds study