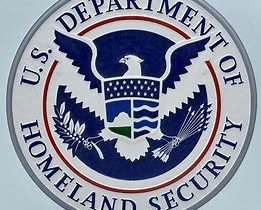 WASHINGTON, D.C. — Today, the Department of Homeland Security (DHS) announced the transmission to the Federal Register of a notice of proposed rulemaking (NPRM) that would prioritize the selection of H-1B registrations (or petitions, if the registration process is suspended) based on corresponding wage levels in order to better protect the economic interests of U.S. workers, while still allowing U.S. employers to meet their personnel needs and remain globally competitive.

Modifying the H-1B cap selection process by replacing the random selection process with a wage-level-based selection process is a better way to allocate H-1Bs when demand exceeds supply. If finalized as proposed, this new selection process would incentivize employers to offer higher wages or petition for positions requiring higher skills and higher-skilled workers instead of using the program to fill relatively lower-paid vacancies.

“With this proposed rule, the Trump administration is continuing to deliver on its promise to protect the American worker while strengthening the economy. The H-1B program is often exploited and abused by U.S. employers, and their U.S. clients, primarily seeking to hire foreign workers and pay lower wages,” said Acting DHS Deputy Secretary Ken Cuccinelli. “The current use of random selection to allocate H-1B visas makes it harder for businesses to plan their hiring, fails to leverage the H-1B program to truly compete for the world’s best and brightest, and hurts American workers by bringing in relatively lower-paid foreign labor at the expense of the American workforce.”

This effort would only affect H-1B registrations submitted by prospective petitioners seeking to file H-1B cap-subject petitions. It would be implemented for both the H-1B regular cap and the H-1B advanced degree exemption, but would not change the order of selection between the two as established by the H-1B registration requirement final rule.