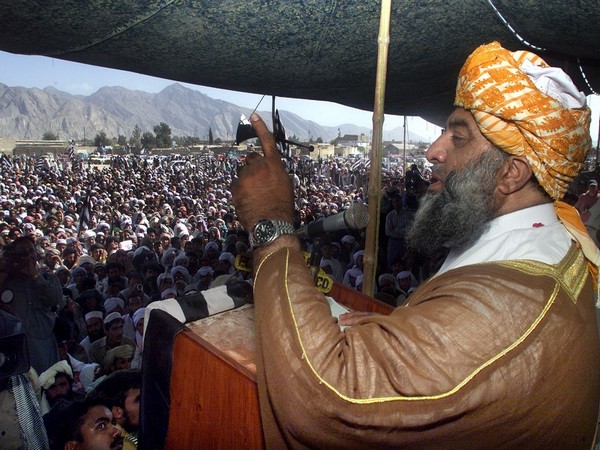 Islamabad [Pakistan], October 28 (ANI): The mosque blast in Peshawar has exposed the tall claims of Prime Minister Imran Khan-led government about rooting out terrorism, Jamiat Ulema-i-Islam (Fazl) chief Maulana Fazlur Rehman said on Wednesday.
Dawn quoted Rehman as urging the administrators of all seminaries to make their own security arrangements instead of waiting for the Pakistan Tehreek-i-Insaf (PTI) government to improve its performance.
At least eight people were killed and more than 100 injured in a bomb blast on Tuesday inside a seminary in Peshawar’s Dir Colony, reported Geo News quoting Khyber Pakhtunkhwa Police Chief Sanaullah Abbasi and hospital officials.
While speaking at a press conference along with JUI’s Sindh chapter secretary Maulana Rashid Mehmood Soomro at Madressa Manzil Gah in Sukkur, Rehman said that the recently held Pakistan Democratic Movement’s (PDM) rallies proved that people were fed up with the ‘selected’ government.
He further said that the country’s economic conditions had become so dangerous that people were dying of hunger.
The PDM chief said they were not ready to talk to the PTI at any cost though he did not rule out dialogue with ‘others’, Dawn reported.
He also said that the National Accountability Bureau (NAB) was the “B-team of the Imran-led government”.
Speaking on the islands of Sindh, Rehman said that these are the properties of the provinces and the Centre’s attempts to occupy the land will not be accepted.
On the restrictions being imposed by the Centre on the media, Rehman said that the opposition parties support the journalists’ fight for their rights. (ANI)

Trump takes stage without a mask in Tulsa, strikes China…