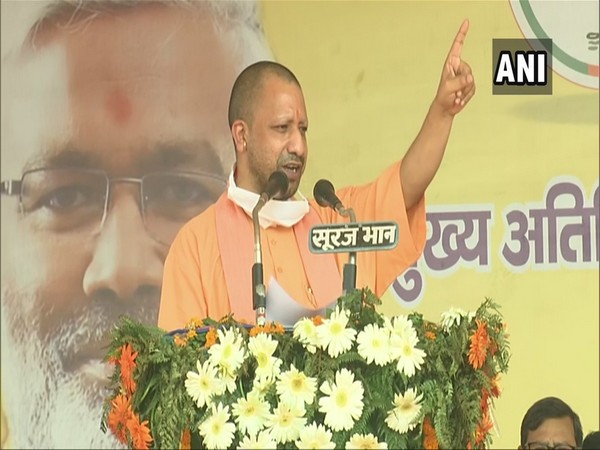 Lucknow (Uttar Pradesh) [India], October 28 (ANI): Uttar Pradesh Chief Minister Yogi Adityanath will address six rallies in the poll-bound state of Bihar starting today.
On Wednesday, he will address gatherings in Siwan, East Champaran and Chanpatia Assembly in Paschim Champaran district
The next day, he will address rallies in support of BJP and NDA candidates in Siwan’s Daraunda Assembly seat, Vaishali’s Lalganj and Madhubani’s Janjharpur.
Meanwhile, voting is underway in 71 constituencies spread across 16 districts in the first phase of Bihar Assembly elections.
As many as 1,066 candidates are in the fray including 42 from Rashtriya Janata Dal (RJD), 35 from Janata Dal (United), 29 from BJP, 21 from Congress and 8 from Left parties.
Bihar is witnessing a triangular contest with the ruling JDU-BJP alliance and grand alliance (RJD, Congress and others) and Chirag Paswan’s Lok Janshakti Party (LJP), which is eying the role of a kingmaker in case of a hung Assembly.

On one side is the NDA which includes JD-U (contesting 115 seats), BJP (110 seats), Vikassheel Insaan Party (11 seats) and Jitan Ram Manjhi’s Hindustani Awam Morcha (7 seats).
Mahagathbandhan which picked Tejashwi Yadav as chief ministerial candidate constitutes RJD (144 seats) and the Congress with 70 seats. Other alliance partners include the CPI-ML (19 seats), CPI (6 seats), and the CPIM (4 seats).
LJP is contesting 136 seats on its own and fielded candidates against all JD-U nominees and only a few against BJP.
Polling for the second phase to take place on November 3 and for the third phase on November 7. The results will be declared followed by counting of votes on November 10. (ANI)

Terms agreed upon with NDA not honoured, UDF informally…

Students being compulsorily pushed to be Maoists: IUML…

Bike Festival of India kicks off with National Safety Ride