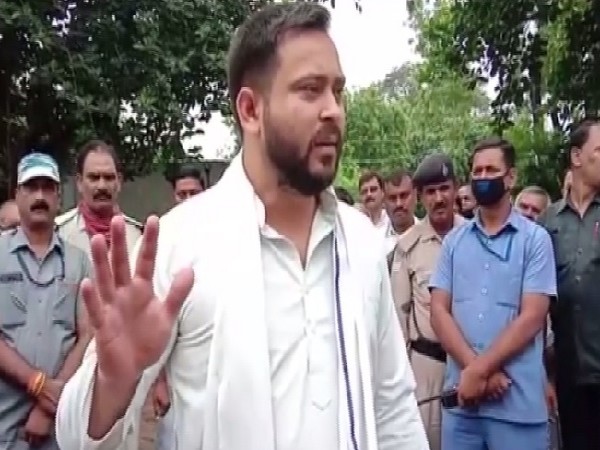 Prime Minister will hold rallies in Darbhanga, Muzaffarpur and Patna on Wednesday ahead of the Bihar Assembly polls.

In a press statement, Tejashwi Yadav stated, “Tomorrow Prime Minister Narendra Modi is coming to Bihar. I want to ask these questions from the double engine government of Delhi and Patna.”

He posed 11 questions to the Prime Minister and asked, “Darbhanga AIIMS was announced in 2015 but why announcement for the start of its work was done before the polls?”

“PM is coming to Muzaffarpur. Will his combined government in Delhi and Patna speak on the Muzaffarpur shelter home case in which the Chief Minister is providing protection to the accused in the rape of 34 orphan girls?” he asked.

He asked the Prime Minister to reveal to the people of Bihar that out of the 10 dirty cities of the country, six are from Bihar. “Why there is such a state of affairs in Bihar?” he asked.

“Why is Nitish Kumar such a weak Chief Minister that despite having 39 out of 40 NDA MPs, Patna University is still not given the status of a Central University?” he sought to know.

“Will PM tell, why is the state with a huge population of youth there is unemployment. How many jobs are created by the Central government in six years and by the Bihar government in the last 15 years?” Yadav asked.

he asked why migration has taken place out of Bihar and why it is increasing?

He also sought to know why students stranded in Kota and other migrant workers were stopped from coming to Bihar?

He asked the Prime Minister why the accused in the Srijan scam have not been touched by CBI yet. Why they are roaming with the NDA leaders?

Bihar Assembly elections will be held in three phases — October 28, November 3, and 7, and the counting of votes will take place on November 10.

While the BJP is fighting the elections alongside Nitish Kumar’s Janata Dal United (JDU) and two other parties, LJP this time parted ways from the National Democratic Alliance (NDA) at the state level opting to field candidates on over 100 seats in the state. (ANI)