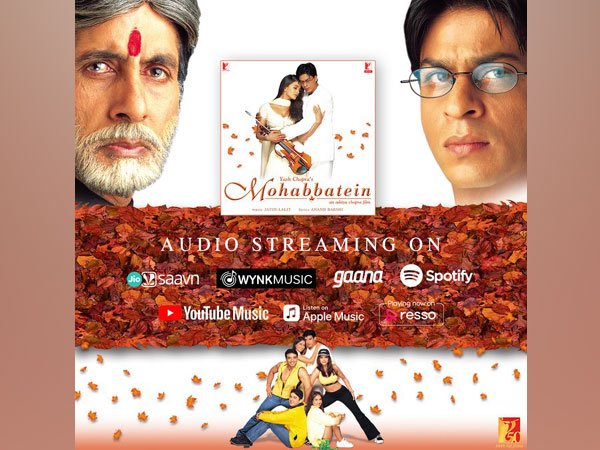 Mumbai (Maharashtra) [India], October 27 (ANI): Celebrating 20 years of the musical romantic drama – ‘Mohobbatein,’ that featured an ensemble star cast, Amitabh Bachchan on Tuesday termed its music ‘a treasure’.
The 78-year-old star shared a Twitter post in which he expressed happiness to have been a part of the film. 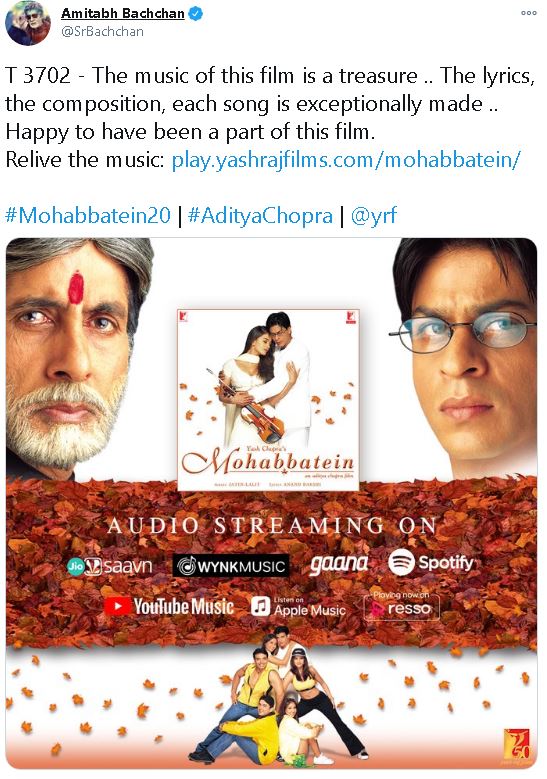 “The music of this film is a treasure… The lyrics, the composition, each song is exceptionally made .. Happy to have been a part of this film. Relive the music: http://play.yashrajfilms.com/mohabbatein/ #Mohabbatein20 | #AdityaChopra |@yrf,” the ‘Sholay’ actor wrote.
Earlier in the day, he penned a note to commemorate the 20th anniversary of the movie.
“Parampara, Pratishtha, Anushasan .. Mohabbatein is special for many reasons. 20 years of this beautiful love story, a roller coaster of emotions. Eternally grateful for all the love you continue to shower,” he tweeted.
Helmed by Aditya Chopra, ‘Mohabbatein,’ hosts an ensemble cast of megastar Shah Rukh Khan, Aishwarya Rai Bachchan, Uday Chopra, Jimmy Shergill, Kim Sharma, Jugal Hansraj, Preeti Jhangiani and Shamita Shetty, besides Bachchan. (ANI)