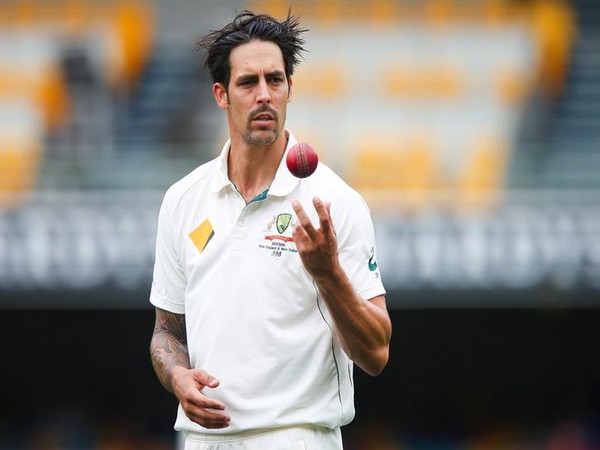 Melbourne [Australia], October 27 (ANI): Former Australia pacer Mitchell Johnson has opened up on his battle with depression after retiring from professional cricket.
Johnson revealed that he has had mental health issues while playing as well, but his battle got tougher once he retired from international cricket.
“I’ve found it tougher since retiring from cricket. All of a sudden, you’re not doing as much. You sort of lose your purpose a little bit. I struggle with, probably, confidence at times. I’m in that transition now where I’ve been out of playing cricket for about two years,” Johnson told Channel 7’s SAS Australia.
The former Australian pacer had retired from professional cricket in 2018. The pacer finished his international career with 313 wickets in 73 Test matches.
He was also a part of the World Cup-winning squad in 2015.
“I found out I’ve got depression … but I think the depression was something I’ve had even from a younger age. It [cricket] sort of blocked things out in a way. It sort of hid the depression, but there were a lot of times where you would go back to your room, you’re away from family and you start to dwell on things,” said Johnson.
“Through my cricket career, I actually just dealt with it [depression]. It’s just about me now actually moving forward and taking it upon myself to be active with certain things, to keep my mind going,” he added.
The pacer also said that he found the going tough during international tours and he even admitted that during the 2011 Ashes tour, he was not enjoying cricket that much.
“You have your moments where you struggle with it really bad and it can be tricky when you’ve got a lot of time to think about things. You’ve just got no control whatsoever and your mind starts playing those tricks on you, you start thinking of the worst,” said Johnson.
Johnson is remembered for his heroics during the 2013-14 Ashes series, where he bowled with lethal pace and England batsmen were left searching for answers. In the five-match Test series, he finished with 37 wickets at an average of 13.97. (ANI)

Sumit Nagal one win away from US Open main draw