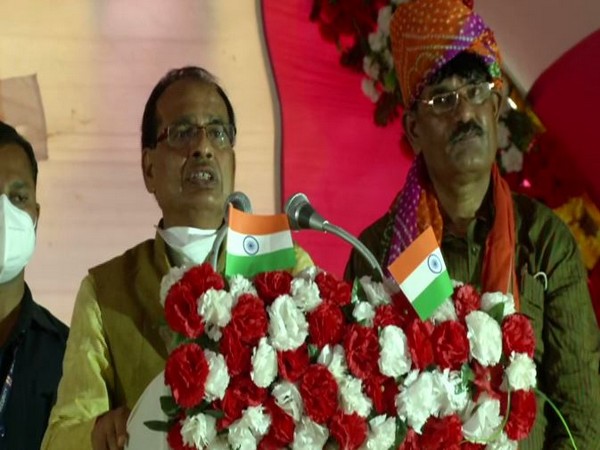 Indore (Madhya Pradesh) [India], October 28 (ANI): Madhya Pradesh Chief Minister Shivraj Singh Chouhan on Tuesday announced that a memorial of Rani Padmavati will be built in Bhopal on the land reserved by the state government.
He also said that the land will be reserved on the Manuabhan Tekri in Bhopal.
The chief minister said that tales of queen Padmavati will also be included in the textbook of the state in the next session.
“I have reserved land for the memorial of queen Padmavati on the Tekri of Manuabhan in Bhopal, a grand memorial will be built there. There should be a delegation of the office bearers of the society, who should outline the nature of the memorial so that we can have their memorial as per our expectation,” Shivraj Singh tweeted in Hindi.
On the issue of the memorial, Shivraj Singh added that some state officials will be tasked with the handling of the Padmavati’s monument.
“Tales of the bravery of queen Padmavati will be included in the textbook of the next session. Apart from this, ‘Maharana Shaurya Puraskar’ and ‘Padmini Puraskar’ will be provided annually by the Government of Madhya Pradesh. A cash prize of Rs 2 lakh will be provided,” he said in a subsequent tweet. (ANI

Govt targeting Priyanka Gandhi as she is strongest opponent:…