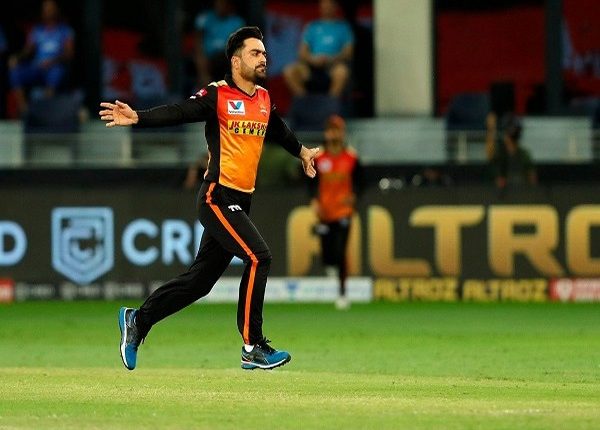 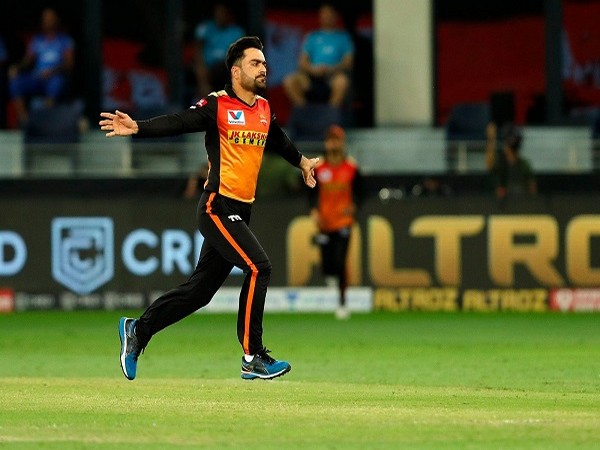 Dubai [UAE], October 28 (ANI): Rashid Khan starred with the ball taking three wickets against Delhi Capitals on Tuesday and the leg spinner reckons that dot balls help him get the dismissals.
SRH showed no mercy as they thrashed Delhi Capitals by 88 runs here at Dubai International Stadium on Tuesday.
No Delhi Capitals batsmen got going as SRH restricted the Shreyas Iyer-led side to 131 runs in their allotted 20 overs on the back of some all-round bowling performance. Rashid picked three wickets and gave away just seven runs from his four overs.
Rashid said he goes in the game with a clear mind and that’s his biggest strength.
“Winning the game was the most important. The wicket was helping a lot. What I’m mainly focusing on is to bowl economically, whether I get wickets or not,” Rashid told host broadcaster Star Sports at the post-match presentation.
“Dot balls help me to get wickets and it also helps the other end to get wickets. I just go with a clear mind, that’s my biggest strength,” he added.
The leg spinner bowled 17 dot balls in his four overs.
“I want to bowl a good line and length, no matter the situation. You have to mix up and play with the batsman’s mind, and see the weak zone and strong zone of the batsman as well. So I keep those things in mind,” said Rashid.
With this win, SRH has moved to the sixth spot in the points table with 10 points while Delhi Capitals has slipped to the third spot with 14 points.
SRH will next lock horns against Royal Challengers Bangalore (RCB) on Saturday. (ANI)

Farhan Akhtar getting in shape for his next