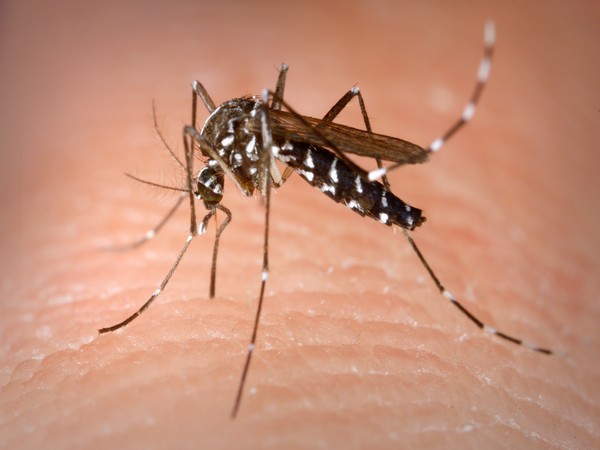 California [US], October 28 (ANI): A recent study revealed that females are able to clear asymptomatic malaria infections at a faster rate than their male counterparts.
The study was published in eLife.
The findings, originally posted on the preprint server medRxiv*, suggest that biological sex-based differences are an important factor for epidemiologists to consider in the human response to malaria parasites.
Malaria remains a significant global health challenge, with infections causing disease symptoms that range from uncomplicated to severe. Additionally, asymptomatic malaria infections are common in places where the disease occurs most often, known as endemic areas. Due to partial immunity, individuals can carry parasites for long periods of time while unaware that they are infected.
It is well established that chronic asymptomatic infection with the most common and fatal malaria parasite, Plasmodium falciparum (P. falciparum), can cause morbidity in those infected and contribute to ongoing disease transmission. As these infections represent an important part of the parasite reservoir and are therefore a major obstacle for efforts to eliminate malaria, characterising them is crucial.
“While it is widely recognised that pregnant women have increased susceptibility to malaria infection and more severe outcomes, less attention has been paid to the possibility of other biological sex differences in malaria immunity,” said lead author Jessica Briggs, Clinical Fellow in Infectious Diseases, UC San Francisco, US. “This is despite multiple studies demonstrating males are more frequently found to be infected when you go out and check in a community.”
Understanding the immune response of humans to chronic P. falciparum infection requires frequent follow up of infected individuals, sensitive detection of parasites, and the ability to distinguish ‘superinfection’ from a persistent infection. Superinfection is common in endemic areas and refers to an individual acquiring a new infection when they are already infected.
In their study, Briggs and the team followed a representative group of people living in a malaria-endemic area of eastern Uganda. Using a genetic sequencing technique called amplicon deep-sequencing, they estimated both the rate of new infections and duration of chronic asymptomatic malaria infections in the group and compared these measures by sex.
Previous studies have reported a higher prevalence of malaria infection in males compared to females, which was also seen in this cohort. Since females had a lower prevalence of infection, but a similar rate of new infections compared to males, the team looked at whether there was a difference between the sexes in how quickly they were able to clear infections. “Our analysis revealed that asymptomatic infections cleared naturally – as in, when individuals were not treated by antimalarials – at nearly twice the rate in females versus males,” Briggs said.
The authors add that these findings come with some limitations. For example, as co-senior author Isabel Rodriguez-Barraquer, Assistant Professor of Medicine at UC San Francisco, said: “There may be other unmeasured factors that affect our results, such as genetic differences or sex-based differences in the use of unreported outside antimalarials.”
Despite these limitations, the authors say their findings should encourage scientists to better characterise sex-based differences in malaria. “Our next job is to unearth the underlying biological explanations for these sex-based differences in the human response to malaria,” concluded co-senior author Bryan Greenhouse, Associate Professor of Medicine at UC San Francisco. “We have just begun a systems-based approach to comprehensively evaluate the immune response over time in a new study based in Uganda.” (ANI)

11 candidates in fray for Rajya Sabha elections in UP

Shraddha to sing in ‘Rock On 2’

Javed Akhtar to be honoured with Hridaynath Mangeshkar Award