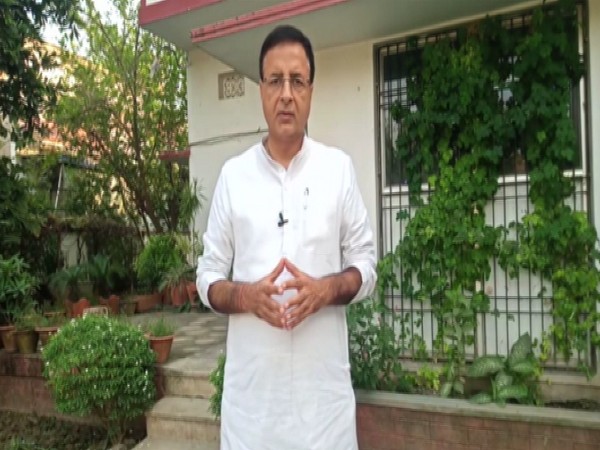 Panchkula (Haryana) [India], October 27 (ANI): Lashing out at the BJP-led Haryana government on Tuesday following the daylight murder of a 21-year-old college girl in Ballabhgarh, the Congress demanded punishment of the accused in 30 days.
On the other hand, the Haryana Women Commission wrote to the Faridabad Commissioner of Police O P Singh, taking cognisance of the matter.
Congress spokesperson Randeep Singh Surjewala said Nikita murder case is shocking. “Goons shot her dead in broad daylight. Where is (the Manohar Lal) Khattar government? Will the daughters continue to remain insecure? In two years in Haryana (after the BJP came to power), there is a 45 per cent increase in crimes against women,” Congress spokesperson Surjewala said.
“Khattar sahab wake up and punish the guilty. If you had daughters and they were murdered this way, then you would have known how a family feels. You should ensure punishment to the murder accused in 30 days. Otherwise this government has no right to remain in power,” he added.
Meanwhile, condemning the incident, Haryana Women Commission member Preeti Bhardwaj said that they sought a detailed report of the case from the Faridabad police commissioner.
“We have seen the video. The commission has written a letter to the Faridabad police commissioner and we expect to get a detailed report of the incident in the next 48 hours. If such type of incident took place, it shows there are some flaws in the system. Guilty should get strict punishment,” she said.
A BCom final year student, Nikita Tomar, was shot dead in broad daylight on Monday outside her college in Ballabhgarh, where she had gone to take an exam.
In a video of the incident, captured on a CCTV camera outside the college, the attacker was seen attempting to shove her into a car and when she resisted, he shot her at point blank range.
After shooting Tomar, the assailant fled with his associate in the car. Meanwhile, the 21-year-old was rushed to the hospital where she succumbed to her bullet wound.
Following this, the local residents and family members of the student staged a protest.
The attacker, Touseef, and his accomplice, Rehan, were arrested on Tuesday and sent to two days’ police custody.
According to Ballabgarh ACP Jaiveer Rathi, Touseef and Rehan, were apparently waiting in the car for Nikita to come out of the college. (ANI)

Ricky Ponting was my ‘hero’ growing up: Marcus…